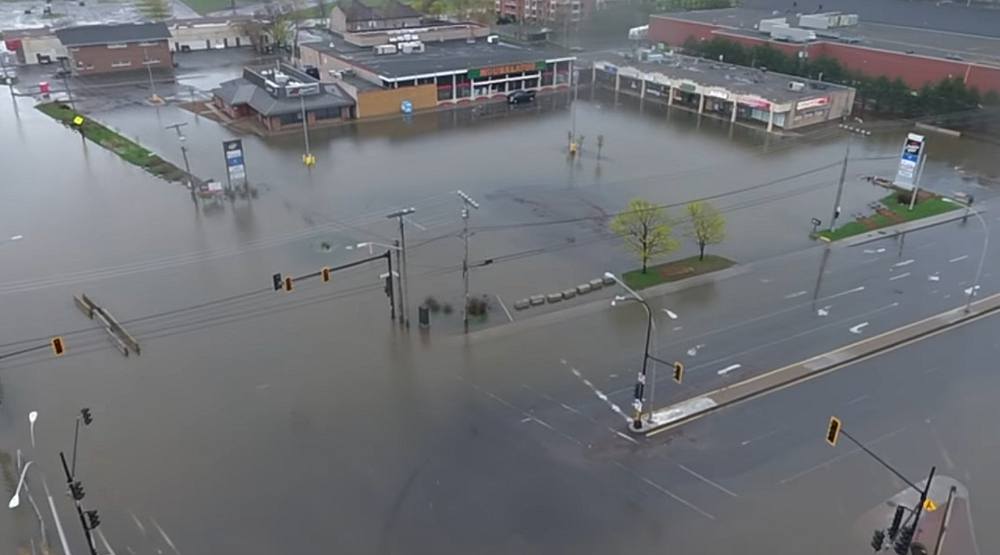 Declared by Montreal Mayor Denis Coderre over the weekend, a state of emergency has been issued for several Montreal boroughs due to the flooding caused by heavy rainfall over the past week.

Ahuntsic–Cartierville, Île-Bizard–Sainte-Geneviève, Pierrefonds-Roxboro, Sainte-Anne-de-Bellevue, and Senneville are the worst areas affected, and thanks to the video below, those removed from the situation are finally able to see the extent of the damage.

A video showing the flooding of Montreal’s West Island surfaced on Friday and has garnered more than 160,000 views. It shows the intersection of St-Johns Boulevard and Pierrefonds Boulevard completely submerged in water.

There are only a few cars pictured, but for the most part, the neighbourhood appears to be a ghost town.

The situation has become so extreme, that 400 Canadian soldiers have been brought in to help the city.