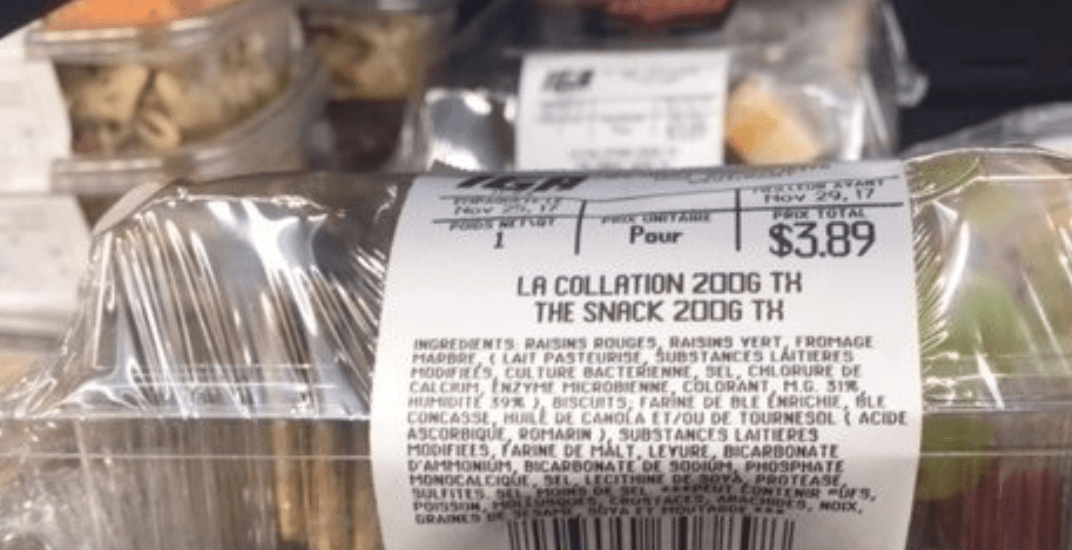 An online petition circulating around Montreal is getting quite a bit of attention for demanding that the list of ingredients on pre-packaged foods at local IGAs should be written in English as well as French.

Anglo rights activist Harold Staviss started the petition, which has a 500-signature goal.

Staviss claims that there are at least four IGA supermarkets in the Montreal area that only list ingredients on their pre-packaged foods in French.

“Doesn’t the refusal by Sobeys Inc. (Sobeys) to equally have the list of ingredients in English, pose a major health and safety issue to non-Francophones who may have allergies to peanuts, tree nuts, sesame seeds, milk, eggs, soy, wheat and the like,” states the document.

“Shouldn’t Sobeys realize that one’s health and safety are more important than the protection of the French Language and thus take the responsible approach so that the list of ingredients on pre-packaged products sold under the IGA banner be in both French and English, especially in and around the Montreal, Laval and South Shore areas.”

According to the petition, listing ingredients only in French can be a health and safety issue to English speakers, especially those who have serious food allergies or dietary restrictions.

So far over 300 people have signed the petition.