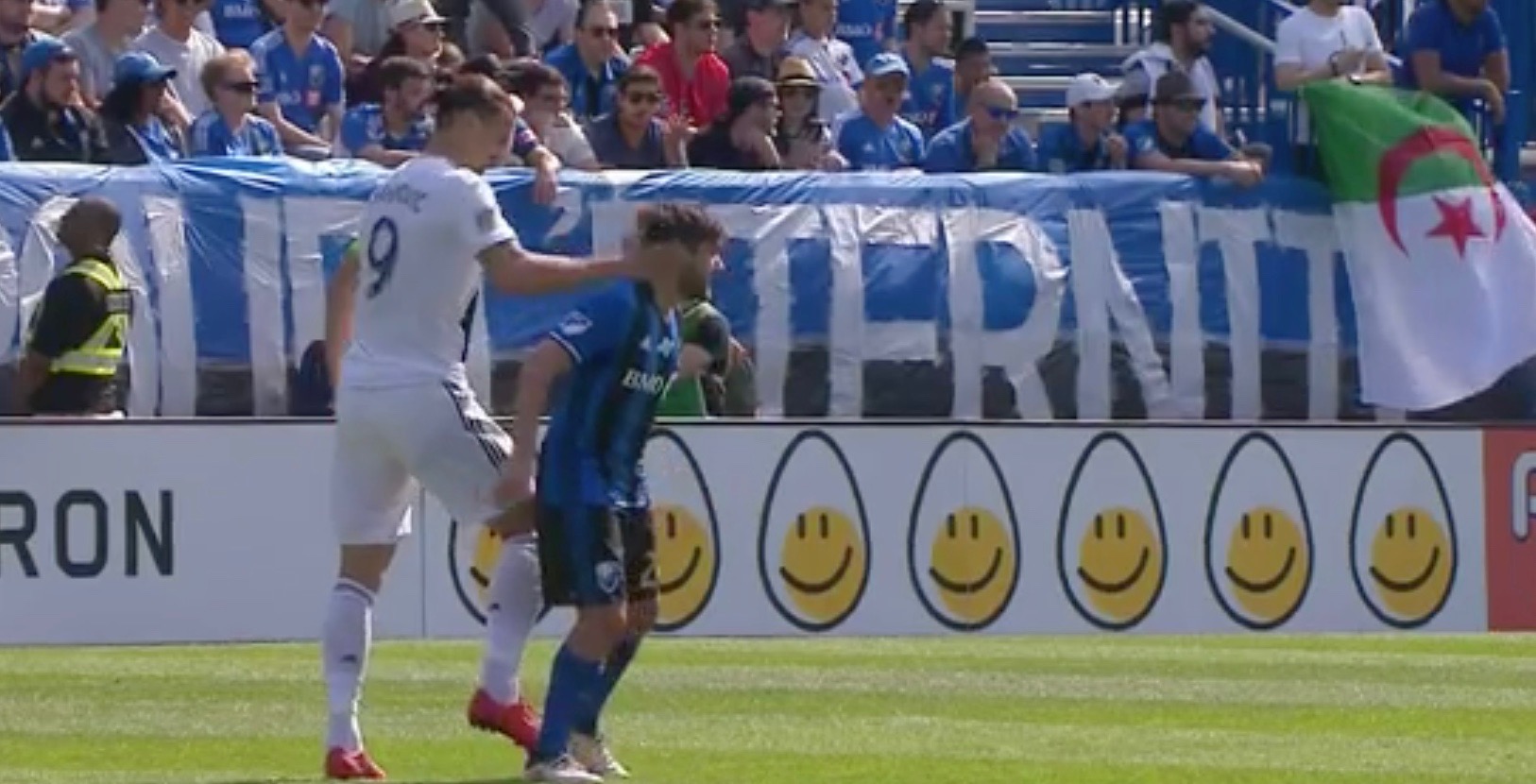 The Montreal Impact were slapped with their ninth loss in 12 games to start the 2018 campaign and defender Michael Petrasso was slapped in the face by LA Galaxy’s Zlatan Ibrahimovic on Monday afternoon at Saputo Stadium.

A sellout crowd filled the stands for the Impact’s 25th anniversary of their first home in Montreal. The Impact’s offence has been dormant, having been shut out for three straight games. In fact, the Galaxy’s Zlatan Ibrahimovic was the only offensive thing the Impact felt all game.

In the 41st minute of the match, Ibrahimovic was sent off with a red card.

While stepping backwards, Petrasso lightly stepped on the Swede’s foot and Ibrahimovic’s infamous short fuse was quickly shown. Ibrahimovic retaliated by slapping Petrasso in the face from behind.

Both players fell to ground and the incident went unnoticed by referee, Ismail Elfath. Once the play went to video review, Petrasso was handed a yellow card and Ibrahimovic was deservedly given a red card and with it, a game misconduct.

The Impact went on to lose the match 1-0.