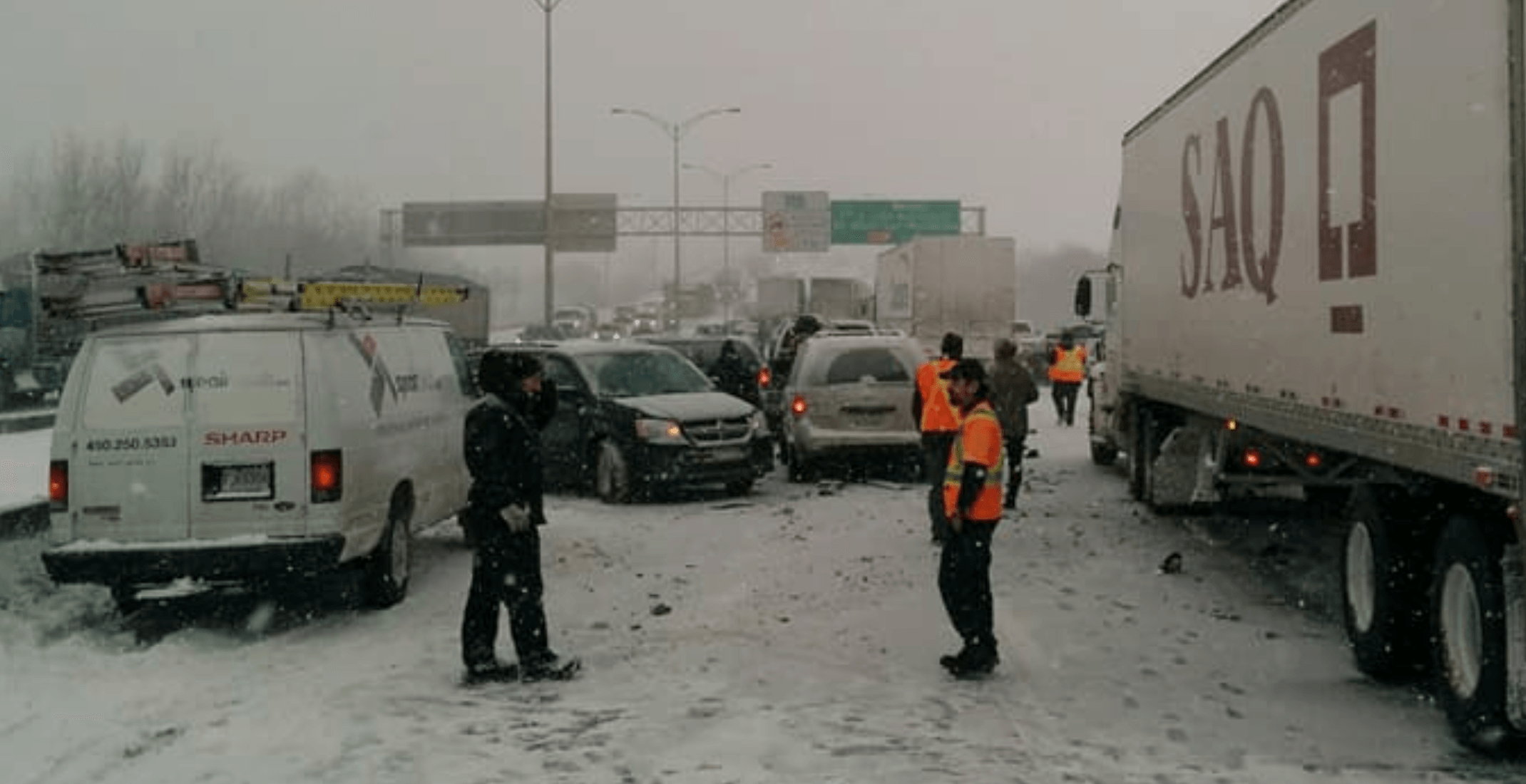 Highway 20 near Mont-Mont-Saint-Hilaire is closed in both directions due to a pileup involving dozens of vehicles.

The crash is located near the Arthur Branchaud bridge in Mont Saint Hilaire.

According to the Sûreté du Québec, at least one person has been seriously injured.

Drivers are being rerouted to Highway 16. Officials say poor weather conditions on the roads led to the crash.

Sûreté du Québec is warning drivers to take precaution as roads in many parts of the province are dangerous due to snow and ice.