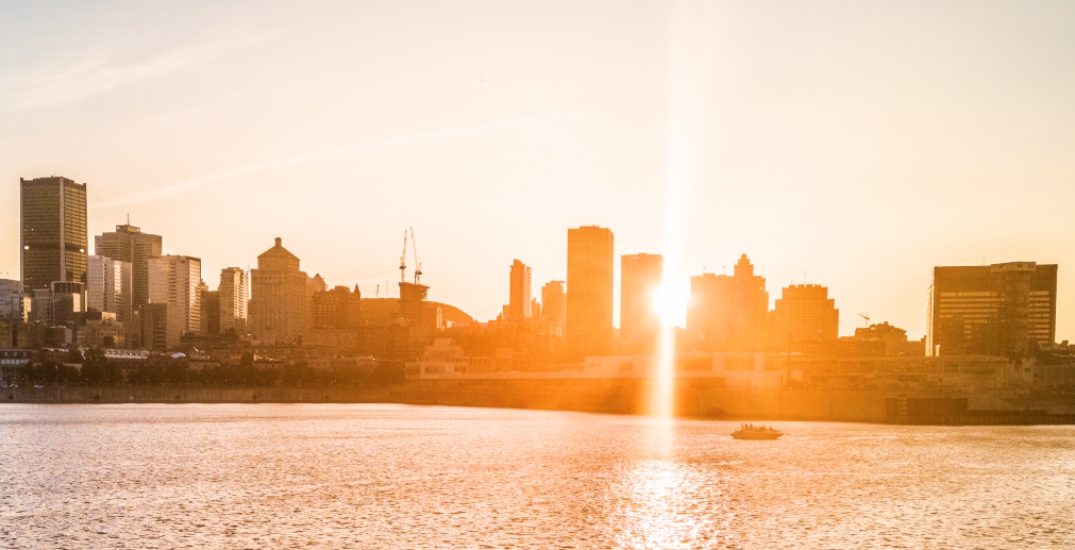 After a scorching weekend, many Montrealers were hopeful that this week’s forecast would provide some heatwave relief. But it looks as though they’ll have to tough it out for at least three more days.

While Environment Canada‘s local forecast has temperatures fluctuating between 27°C and 31°C between Tuesday and Thursday, The Weather Network‘s humidity index tells us things will actually feel much warmer. 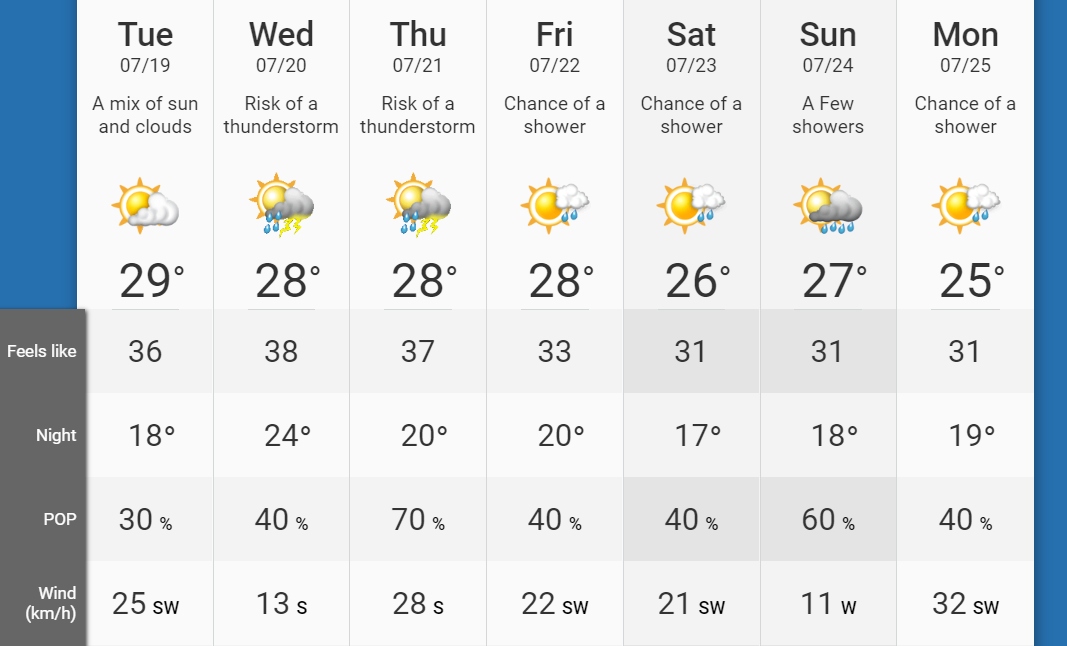 According to The Weather Network, Montreal will experience peak “feels like” temperatures of 36°C to 38°C. Tuesday, which also presents a risk of thunderstorms, is expected to be the warmest day this week.

Relief is expected for the weekend, though, as things are supposed to begin cooling down by Friday.

With temperatures verging on extreme in the coming days, it’s important to protect yourself. Health Canada recommends the following steps to avoid certain health risks caused by irregularly warm weather: