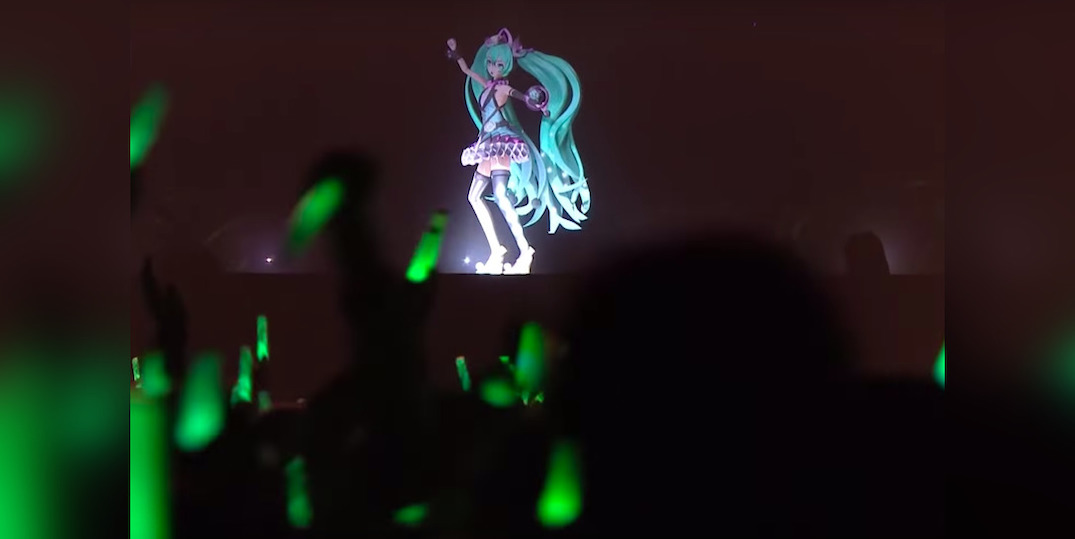 Hatsune Miku, a Japanese pop star will be taking the stage at Place Bell this spring.

Miku is a holographic performer known as a “Vocaloid,” an example of voice-synthesizer singing software.

“Hatsune Miku is a Japanese music sensation, a 16-year-old blue-haired girl with a unique voice and prodigious energy,” reads the virtual singer’s website. “What makes her special is that she is not a human singer, but a virtual persona who uses a computer-generated voice and 3D graphics to perform on stage.”

Anyone else getting a Princess Leia “help me, Obi-Wan Kenobi. You’re my only hope” vibe?

With a repertoire entirely provided by individual creators, Miku is the first “truly crowd-created virtual talent,” according to the company.

Miku is embarking on a world tour, using projection technology to appear on stage. Having had teamed up with the likes of both Lady Gaga and Pharrell, Miku will be performing at this year’s Coachella music festival after stops in Indonesia, Los Angeles, New York City, and Shanghai.

Tickets for her Laval concert are on sale now, ranging from $40.75 to $69. Unfortunately, that’s real dollars, no holographic bucks.