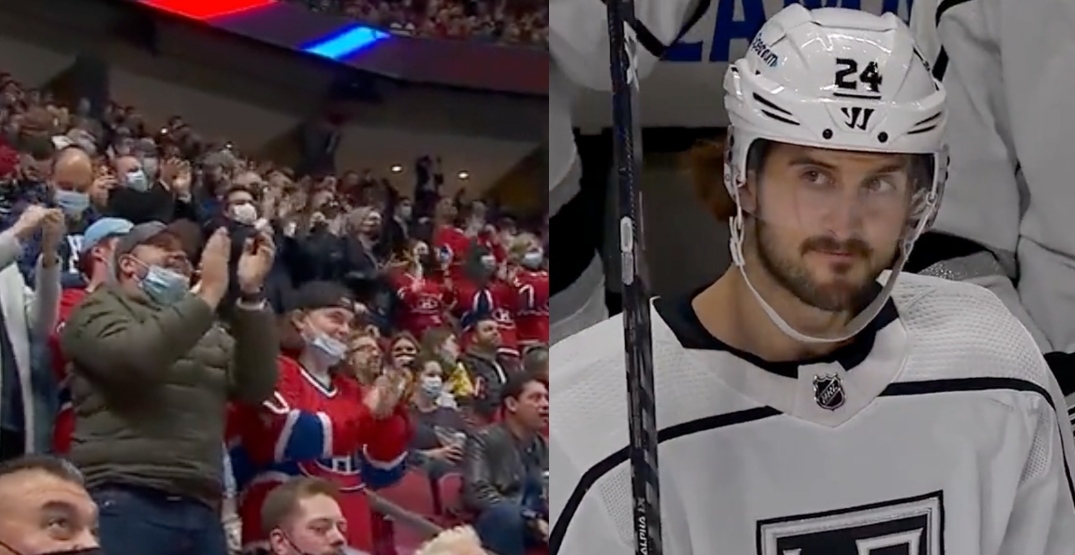 Despite a significant number of fans booing Phillip Danault every time he touched the puck in his return to Montreal tonight, Canadiens fans showed him a huge amount of respect following a video tribute played at the Bell Centre.

Habs fans gave Danault a lengthy standing ovation, with the 28-year-old saluting the crowd to say thanks.

Danault played six seasons in Montreal, and the Victoriaville native was a big part of the team that made it all the way to the Stanley Cup Final last season. At the same time, some fans are still feeling salty that Danault left the Canadiens in free agency, signing a six-year, $33 million deal with the LA Kings last summer.

Here’s a look at the video tribute and the reaction from Habs fans.

This was a nice moment. pic.twitter.com/lT7kWflyzV

Phillip Danault getting the standing O in his return!#GoKingsGo | @LAKings pic.twitter.com/TMGh4xpM5K

Phil Danault gets a bit of a friendlier reception than Jesperi Kotkaniemi a few weeks ago. pic.twitter.com/v2yiNvV2sH