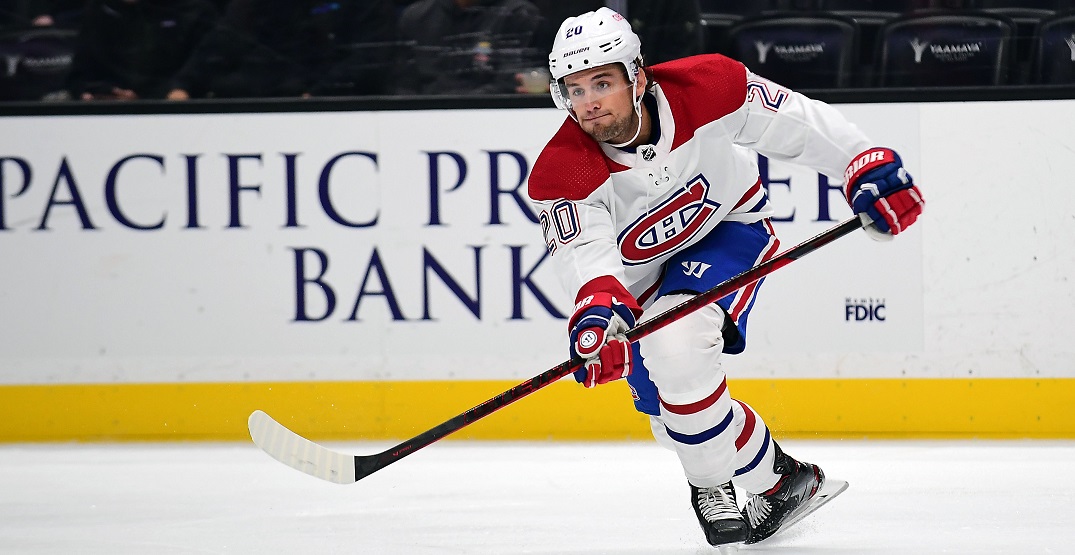 Returning to the Montreal Canadiens after a stint in COVID-19 protocols, Habs defenceman Chris Wideman found himself at a local outdoor rink to get his legs back under him.

“I never had a chance to do that growing up,” Wideman, born in St. Louis, said. “I think it’s awesome. You can see the different parks have rinks. It’s unbelievable how lucky these kids are to have that.”

Despite playing 22 games with the Habs this year, Wideman wasn’t necessarily recognized by everyone.

A kid told Chris Wideman: 'Hey, man, you're pretty good. Where do you play?' 😬#GoHabsGo pic.twitter.com/4CyLl9fvVn

“It was the first time I had my skates on in about 15 days,” Wideman added. “A younger kid skated up to me and was like, you’re pretty good… where do you play?”

Wideman said he and the kid sorted out the awkward situation pretty quickly, though.

“We had a good chuckle,” Wideman said. “It’s just so fun to work with some of the kids on shooting and passing.”

Wideman hasn’t played for the Canadiens since December 11. This season, his first with Montreal, he has put up two goals and seven assists.

“I think the first day I was out there for about an hour and a half by myself and with some of the neighbourhood kids, so it’s something I really enjoy, and I think more than anything [I enjoy] just having the chance to be in the community and interact with our true fans,” Wideman added.

Wideman and the Canadiens will play against the Boston Bruins this evening at TD Garden, with puck drop set for 7 pm ET.