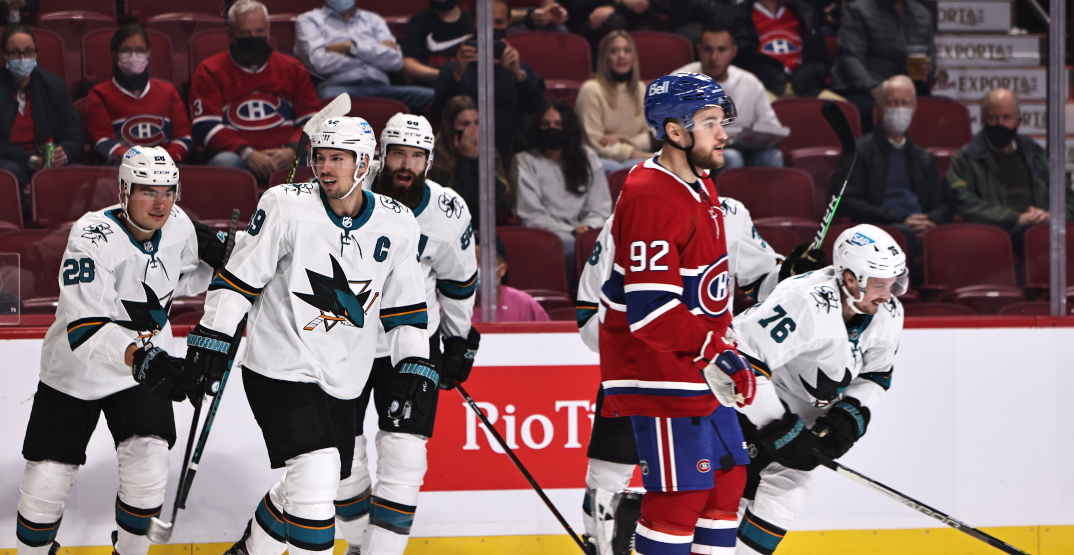 The Montreal Canadiens will face off against the San Jose Sharks at SAP Arena tonight. The two teams have already played each other once this year in a game that concluded in a 5-0 blowout Sharks win at the Bell Centre on October 19.

Montreal’s players were booed off the ice by their own fans that night.

The Canadiens, who are 1-6-0 to start the season, have not won a game in San Jose since November of 1999. Habs forward Nick Suzuki was three months old when that happened. His teammate Cole Caufield was not even born yet.

Suffice to say, the team, who has gotten off to such a poor start, is more than desperate for a win in the shark tank. On the other hand, fans are displaying apathy and cynicism, with many of them voicing their lack of support through replies to the team’s game day Twitter announcement.

Fans used the tweet, which simply stated that today was “game day,” as a stomping ground for their frustrations. Through memes and sarcastic replies, many users cited the late 10:30 ET starting time or the team’s recent sub-par on-ice displays (or both) as a reason not to watch or tune in at all.

Here are some of the more noteworthy fan reactions:

Too late for this girl. Good luck though. pic.twitter.com/Y1xvAKKsZs

Not staying up. Not gonna cry myself to sleep again

Guess what, i’m not watching it.