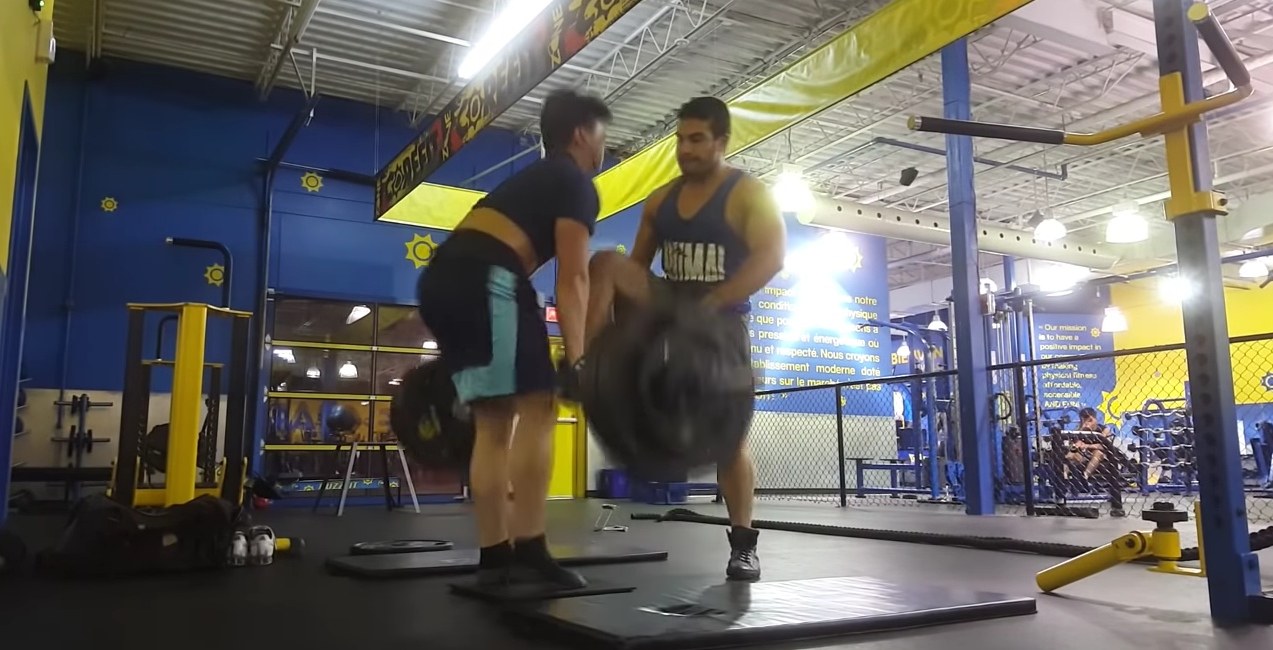 What started out as weightlifting eventually turned into weighpushing and weightyelling on Thursday evening.

19-year-old Charles Lalonde was midway through his deadlift set at Buzzfit Gym outside of Montreal, when another gym member, visibly agitated, approach him, kicked the barbell out of his hands, pushed him and yelled at him to “get out.”

The assailant is not an employee of Buzzfit Gym and has been banned from the establishment.

The video was posted on YouTube by Pete Rubish, a powerlifting coach and trainer who has been working with Lalonde to add muscle.

Lalonde was filming his form so Rubish could work on his technique for the difficult back and hamstring exercise.

Rubish posted the backstory on his YouTube channel. He claims that staff members at BuzzFit Gym warned Lalonde about performing deadlights too loudly and asked to place mats under his weights, which he did. The attacker took it upon himself and confronted the 19-year-old before pushing him.

Lalonde has since been given a free membership to his favourite gym, SSP Barbell, and is pressing charges against the former gym member.