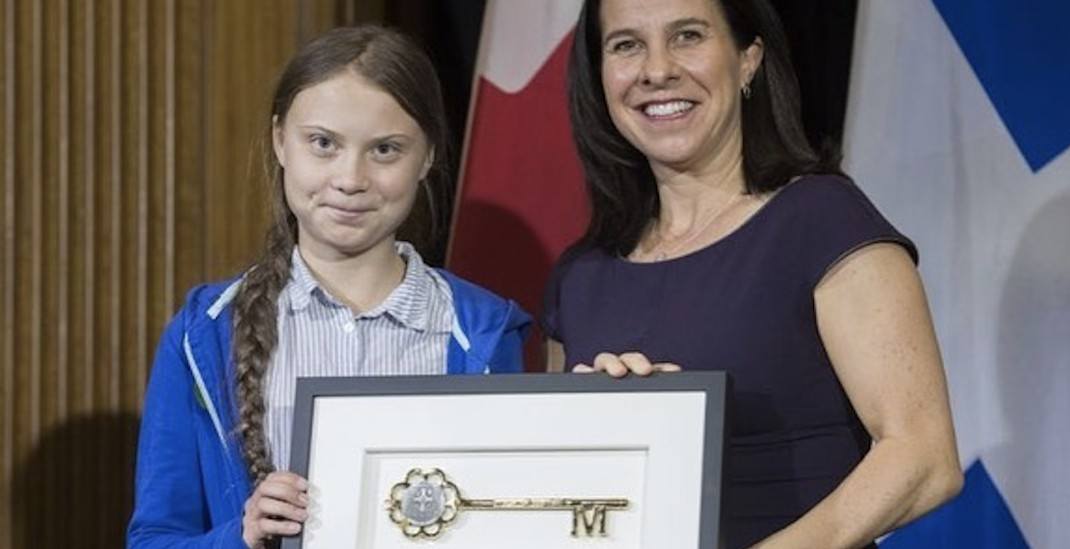 Teen climate activist Greta Thunberg says she is “incredibly honoured” to have received the key to the city of Montréal from Mayor Valérie Plante.

Thunberg was in Montréal for the Global Climate Strike where over 500,000 people marched calling on political leaders to take action against climate change.

On Instagram, Thunberg says she is “so thankful” the reception she was given in Quebec.

And the award for biggest #ClimateStrike in the world goes to…MONTREAL!

The # s are still pouring in, but estimates say 750,000+ pple marched in the streets across Canada demanding #ClimateAction.

NOW is the time to keep the pressure on. STAY LOUD: https://t.co/CsOJ7gFbvU pic.twitter.com/q3EikATCCZ

Montreal’s turnout for the Climate Strike was the biggest in the world, according to Greenpeace Canada.

With files from Ty Jadah.