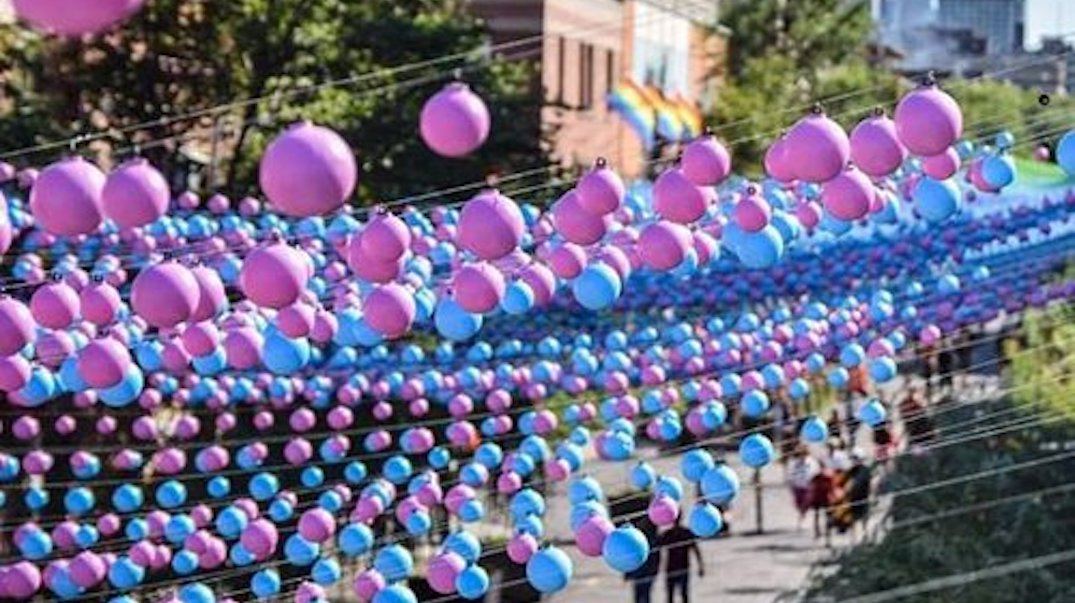 The Gay Village’s iconic rainbow balls may not decorate the sky above Ste. Catherine Street for much longer but you can now own a little piece of Montreal’s LGTBQ2 history.

After nine years, the 180,000 ball decoration will permanently retire this month and collections of the rainbow balls are now up for sale.

Each order contains 54 rainbow balls in one colour along with a kit to install them on a string. There are six different colours to choose from and each order comes in three different shades. 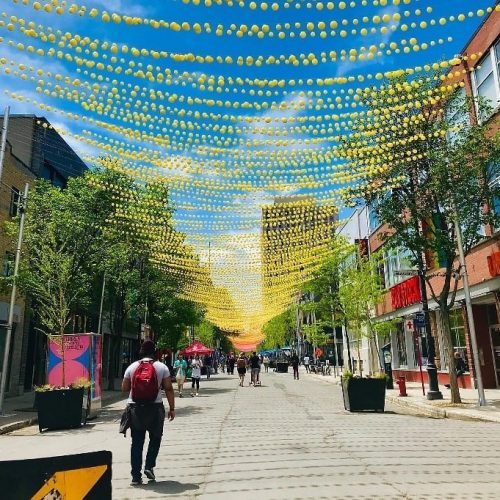 Since 2011, the installation, dubbed “18 Shades of Gay” by landscape architect Claude Cormier has become a landmark in the city’s Gay Village.

Originally, the balls were all pink until 2017 when they became multicoloured.

“A pastel promenade inspired by the rainbow flag of the LGBTQI community,” says Cormier. “A succession of six principal colours, each in three distinct hues, combine to form an experience of 18 shades across 180,000 recycled plastic balls.”

Cormier claims it was never his intention to keep them up for nearly a decade but had a “change of heart” since Montrealer’s overwhelming support to have it return. 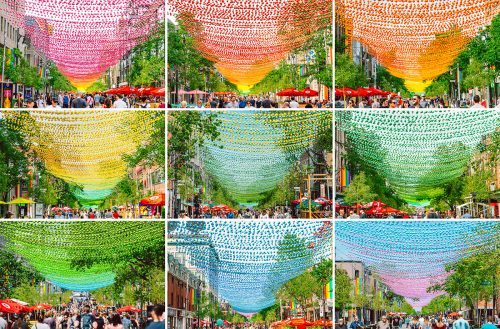 As per the Village Montreal website, each order of rainbow balls costs $100 and funds raised will help cover The Village’s next art installation, slated to open in 2020. Also as part of the project, $10 will be donated to three organizations (Fondation Émergence, Interligne, Coalition des groupes jeunesse LGBTQ+) within the LGBTQ2 community.

Buyers should note that organizers urge that the balls are not to be used in any form of commercial or public use as it is “strictly forbidden.”

All orders must be picked up at Espace Village (1211 Ste. Catherine Est) and none of the orders will be available as delivery.