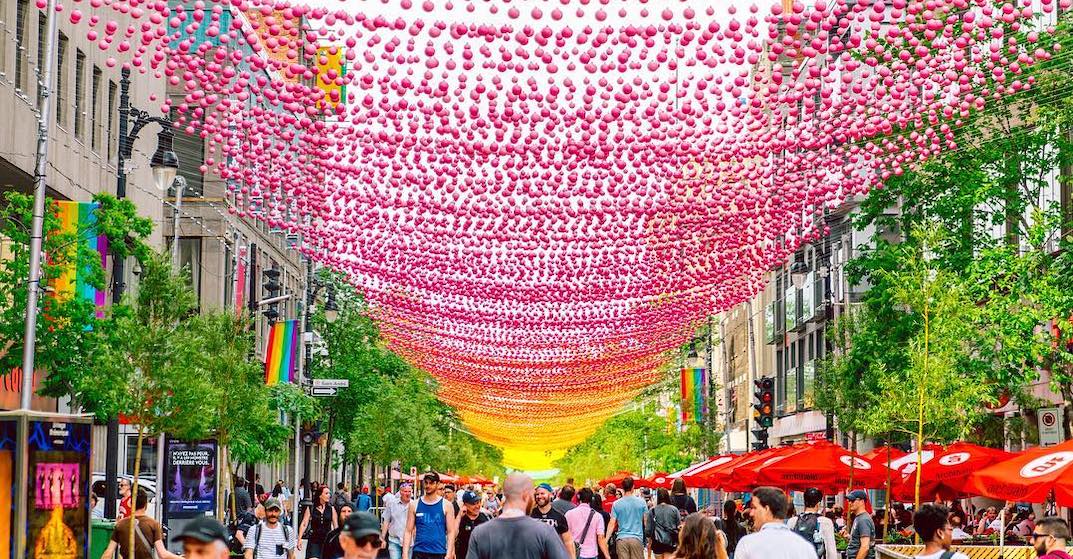 Le Village de Montréal is suggesting it wants the word “gay” dropped from the neighbourhood’s name.

In an Instagram post shared on Wednesday, The Village says dropping the term “gay” would be a way to be more inclusive to everyone in the LGBTQ2+ community.

“You might be used to calling me the ‘Gay Village.’ But, in 2021, I would like that to change. Because sexual and gender inclusion and diversity are very important to me.

So here I am, I am the Village of Montreal, the largest 2SLGBTQ + village in the WORLD!”

The post then went on to explain what 2SLGBTQ+ means:

“2S for Two-Spirit/Bi-spiritual — In some Indigenous communities, a person may embody characteristics and qualities considered to be both masculine and feminine. This identity is not reduced to the question of gender identity, gender expression, and sexual orientation.

L for Lesbian — A woman who experiences an emotional and/or sexual attraction to people who identify as a woman.

G for Gay — Synonymous with homosexual, most often used to refer to a man who is emotionally and/or sexually attracted to men.

B for Bisexual — Person who feels emotional and/or sexual attraction to two genders.

T for Trans — An umbrella term for a person whose gender identity does not match completely with that assigned at birth. The word trans encompasses the words ‘transgender’ and ‘transsexual,’ now considered obsolete.

Q for Queer — Person who identifies with an outside gender identity or sexual orientation outside the norm. This word can also be used to encompass different LGBTQ2+ identities (ex: queer culture). This term was originally an insult to LGBTQ2+ people, but it has been re-appropriated by many, but some people (especially people who have known the term primarily as an insult) remain uncomfortable with the word. It is best to avoid using this term unless the person is using it to describe themselves.

The + sign refers to any other community and subcultures that are part of sexual and gender diversity not mentioned in the first letters.”