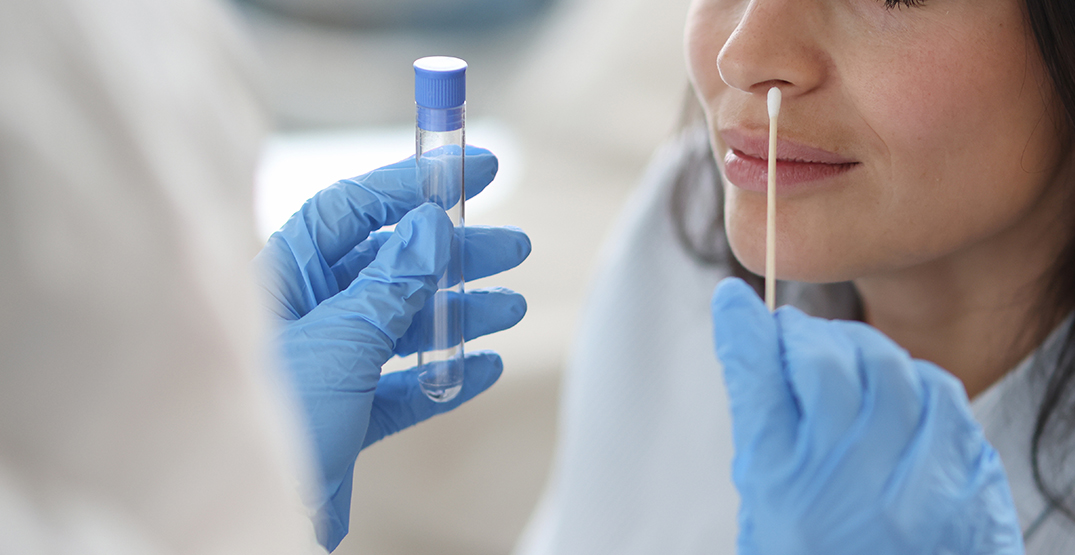 As the US prepares to reopen its land border to Canadians on November 8, some travellers may look to avoid travel-related PCR test fees by getting a free COVID-19 test from a hospital or testing centre before leaving.

Provinces told Daily Hive that travellers should not abuse free tests intended for sick people and positive cases’ close contacts for recreational trips, but test results from BC and Ontario contain nearly all of the necessary information for re-entry at the border.

According to the Canadian government’s website, a negative PCR test must be less than 72 hours old and contain all of the following information to grant a person entry into Canada:

Canadians are allowed to get a test before leaving if they’re going on a short trip to the US. Many travel clinics offer COVID-19 testing for travel purposes, but their fees range from $150 to more than $200.

BC Premier John Horgan criticized Canada’s testing requirements in a news conference Thursday, saying people may think twice about going for a day of cross-border shopping in Seattle or, worse, fake symptoms to do it.

“We don’t want to see people going and pretending to have COVID-19 symptoms so they can get a test so they can go shopping. I’m not saying British Columbians would do that, but it’s a possibility,” he said.

While Canadians may be able to save $200 by faking symptoms and getting a test from a local health authority, government officials were not clear on whether they’d be accepted at the border.

Two test results Daily Hive saw from BC and Ontario contained all the necessary information except for the laboratory’s civic address.

British Columbians usually receive a text message containing only their name and result, but if they click a link to the BC CDC website, there’s a portal to access more detailed results that are downloadable. Instead of a clinic address, the BC one contains a clinic ID. 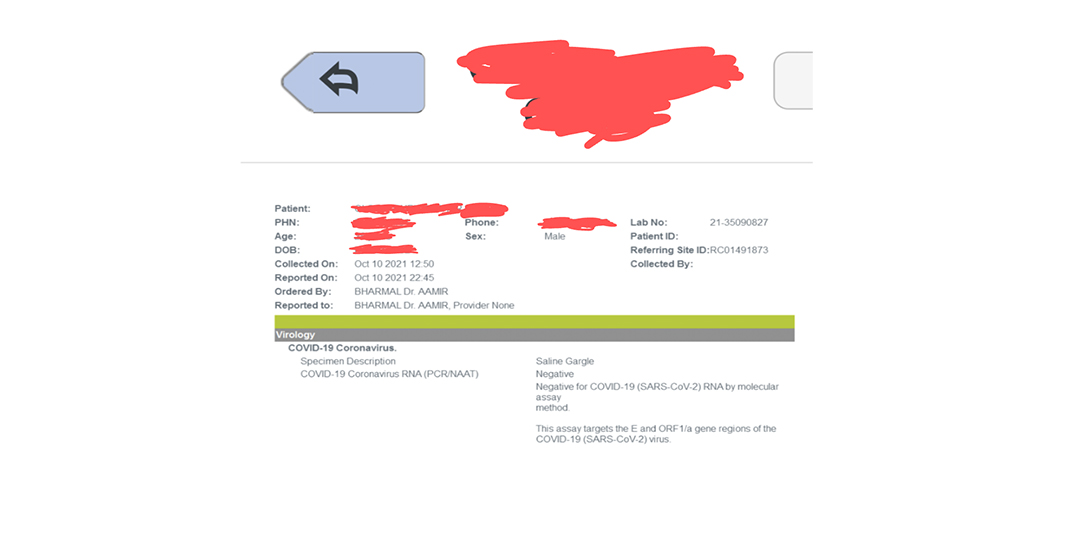 This BC COVID-19 test results, administered for free in the Vancouver Coastal Health region, contains all the information required for re-entry into Canada except for the clinic address. (Daily Hive)

Over in Ontario, residents are also able to access detailed test results through a provincial portal. Date of birth is not displayed on the certificate, but it is shown on an earlier page to access the portal. Although no clinic address is included, the hospital where the test was conducted is clearly indicated. 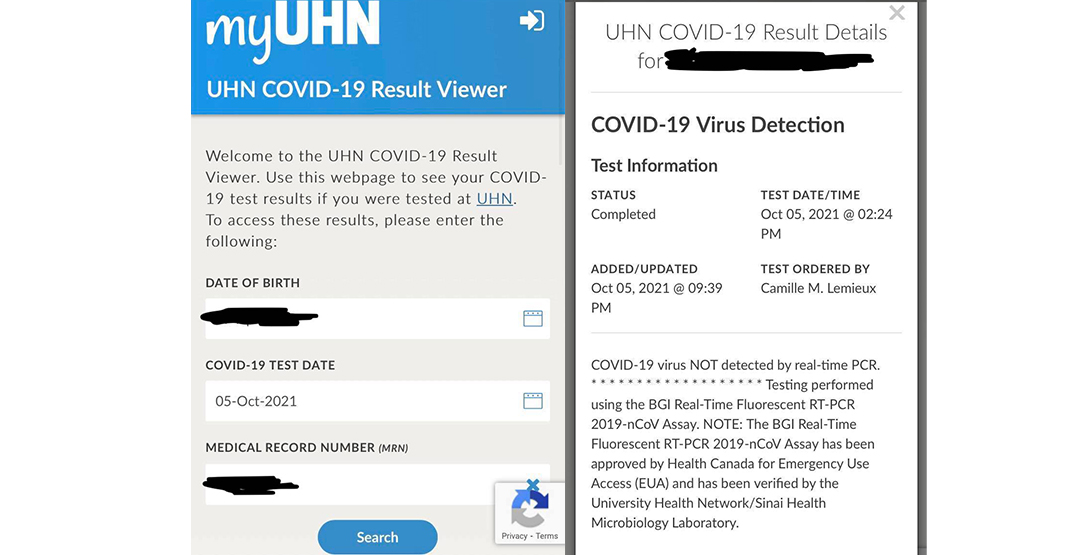 This COVID-19 test result is from a free test administered within the University Health Network in Toronto. (Daily Hive)

Canadian Border Services Agency (CBSA) officers are the ones stationed at Canada’s borders who decide whether to let people into the country. But a CBSA spokesperson would not say whether these tests would be acceptable, and instead passed the request to the Public Health Agency of Canada.

A PHAC spokesperson said it cannot comment on “individual cases or situations.” It’s not clear why it considers provincial formatting of COVID-19 test results to be an individual situation.

PHAC did not respond to follow-up questions before deadline.

The BC Ministry of Health told Daily Hive it does not provide asymptomatic COVID-19 testing for travel purposes.

“Anyone who requires a COVID-19 test for travel can access private testing offered through the private facilities listed on the BCCDC website,” a spokesperson said. “It is expected there will be an increase in demand for travel testing, which are private pay tests that are not administered by health authorities.”

The spokesperson did not answer Daily Hive’s questions about the potential for people to lie about symptoms to get a free test.

In Ontario, the Ministry of Health told Daily Hive that its COVID-19 tests are for people that need them, and not for international travellers.

Queries to Alberta and Quebec’s ministries of health went unanswered.

Here’s who is currently eligible to get a free COVID-19 test in each province:

In the end, it’s not clear right now if people who use a free test will be able to cross the border, though the answer may be available closer to November 8.

Another consideration for people thinking of saying they have symptoms to dodge private test fees is that people awaiting results are supposed to self-isolate. If they’re found crossing the border before getting their results back, they could be charged under the Quarantine Act.