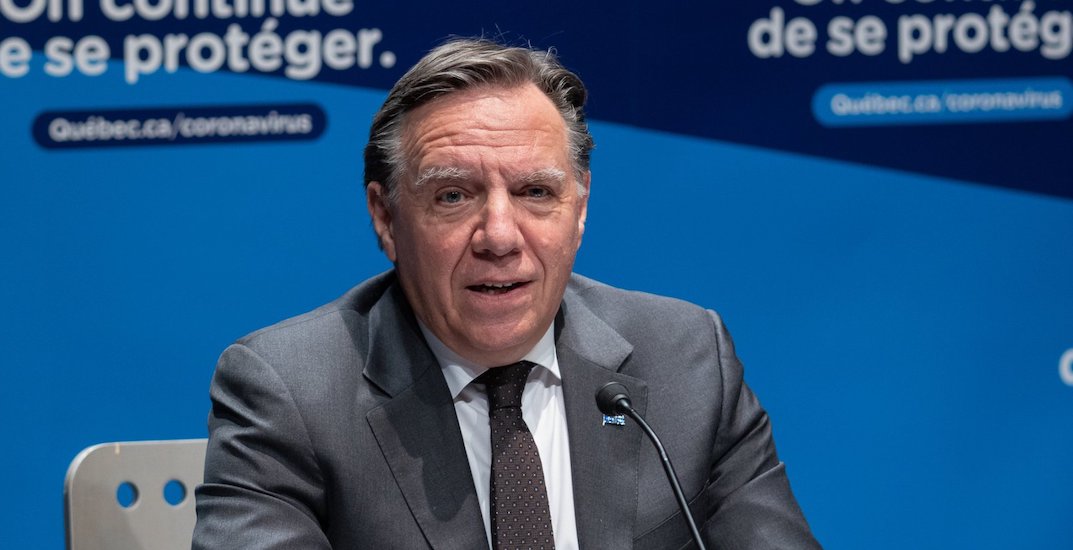 Premier François Legault is urging all Quebecers to stay home, warning that a rise in hospitalizations is adding pressure to the province’s already weakened healthcare system.

At a press conference on Wednesday from L’Assomption, Legault asked citizens to respect all public health regulations and limit physical contact.

“The number of hospitalizations has doubled in the last two weeks,” said Legault in French. “We know that the virus and its transmission is exponential, so if we do nothing, we can assume it will be 800 hospitalized cases in two weeks and then 1,600 afterwards.”

Legault justified the government’s tightening of restrictions in Quebec’s red zones, saying that doing nothing, “was not an option.”

“I know it’s tough, but we don’t have a choice,” he continued, “we need to stop the contagion and to do that, we need to reduce our contacts.”

Legault says he wants Quebecers to go to school and work but otherwise stay home. He says Quebecers’ goals should be to “save our health system” instead of being popular.

The premier says if citizens continue in the same way, there’s a risk health care professionals won’t be able to treat every Quebecer that needs aid.

Legault concluded that he’s convinced Quebecers are “capable of breaking this second wave” but pleaded now is not the time to be discouraged or negative.