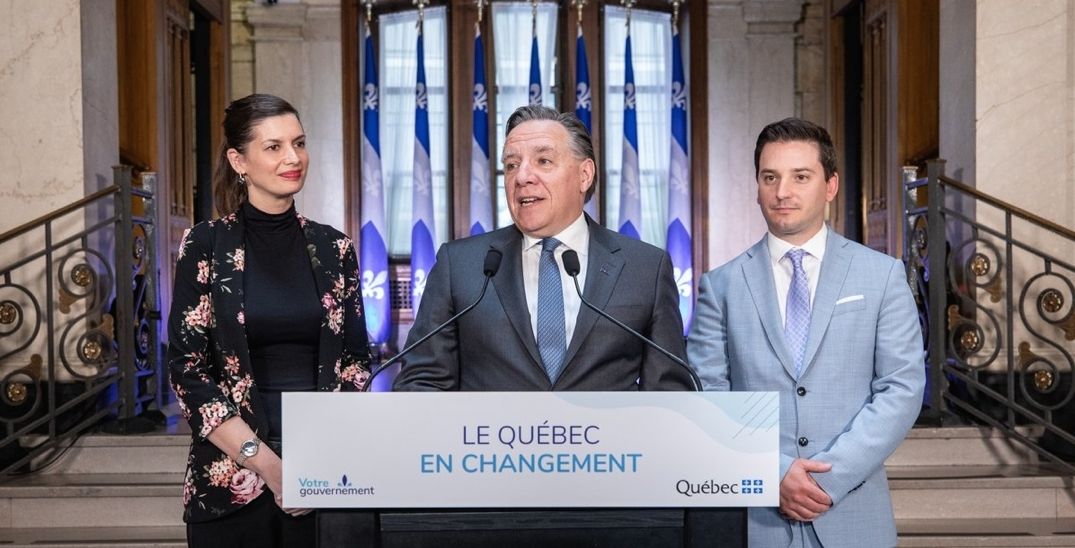 François Legault and his CAQ (Coalition Avenir Québec) government have announced a controversial new piece of legislation that will bar workers in the public sector from wearing religious symbols in the workplace.

Employees such as public school teachers, judges, police officers, and government lawyers (among others) are included in the ban.

The religious symbol ban, known as Bill 21, was passed with a vote of 73-35 for on Sunday night.

While provincial bills aren’t usually adopted on weekends, especially at night, Bill 21 was passed after the CAQ used a technique called ‘parliamentary closure’ to speed through the legislation process.

The technique closes down the usual committee debate over a bill and forces a vote after 12 hours of discussion.

The CAQ used the same technique on Saturday to pass Bill 9, which aims to reduce delays in Quebec’s immigration system by disallowing more than 16,000 applications for immigrant workers.

Leading up to the new legislation, the religious symbol ban has garnered criticism from those who worry Bill 21 will regulate discrimination, especially against the Muslim community where hijabs will be banned within the public sector.

“The Quebec government has stated its intent to propose legislation to prohibit the wearing of religious symbols for all persons in a position of authority, including teachers,” said English Montreal School Board Chairman Angela Mancini in March. “We believe in the secularity of the state while still supporting an individual’s right to freedom of religion.”

Bill 21 was passed by invoking the notwithstanding clause (la clause nonobstant), also knowns as the override power, which allows provincial legislatures to override certain portions of the Canadian Charter of Rights and Freedoms.

The CAQ also added a number of last-minute amendments to the bill including granting permissions for surveillance and enforcement of the law by government officials.

“We have just written an important page in the history of Quebec,” says Simon Jolin-Barrette in French, a member of the National Assembly of Quebec, through the CAQ website. “The public has been waiting for this moment for more than ten years, and our government has had the courage to finally act in this way with rigour and patriotism. I am proud, on behalf of your government, to finally assert and define the province’s secularism by cementing it under Quebec law for the first time.”