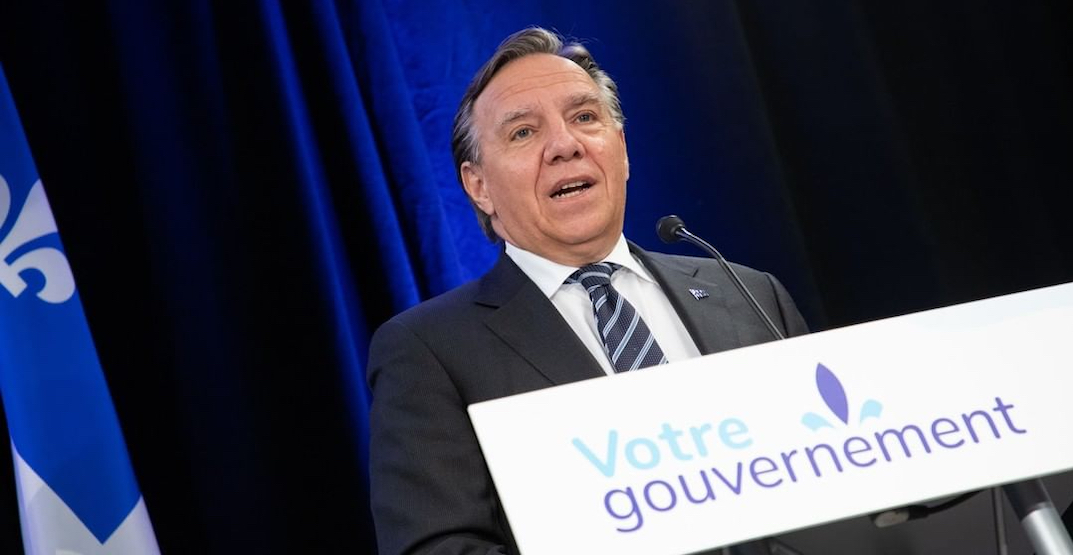 Despite criticism for his back-to-school plan, Quebec Premier François Legault has ranked as one of the most popular premiers in the entire country.

According to new data from the Angus Reid Institute, Legault has the third-highest approval rating in response to handling the pandemic, behind British Columbia’s John Horgan and Ontario’s Doug Ford.

The numbers from the non-profit organization do not necessarily correlate with the number of cases or severity of outbreak from province to province, as per the Angus Reid Institute.

“In Quebec, Francois Legault continues to have the approval of a strong majority, though his government’s mandatory mask policy has caused small protests in recent weeks,” says the study. Though Quebec’s known virus numbers are still the highest in the country, cases remained low over the past two months, which have helped Legault’s approval numbers.

Two-thirds of Quebecers (65%) have approved Legault’s overall handling of the pandemic, especially since numbers in the province’s long-term care homes have improved and seemed fortified in the case of a potential second wave. 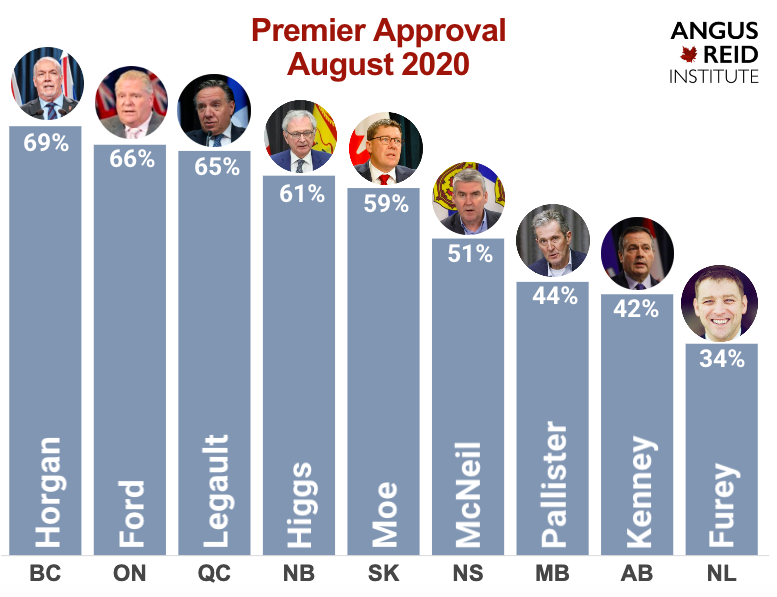 At 69%, Horgan has received high praise for how he’s handled the pandemic, despite a rise in BC numbers throughout August.

Legault’s 65% approval is his second highest since December 2018, according to Angus Reid. His approval rating was previously at 77% during May 2020. 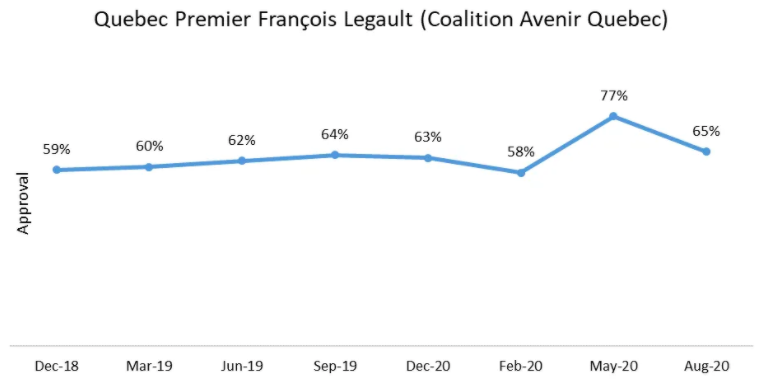 The poll surveyed 4,703 Canadians in an online study between August 26 and 30.