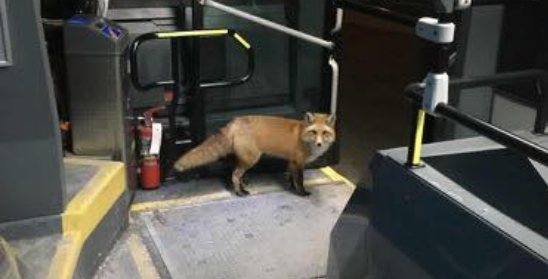 Coyotes may be running rampant in Montreal but there’s at least one fox in Montreal who’s using public transit.

A picture of the bushy-tailed mammal was taken and posted to the Spotted: STM Facebook page on Tuesday morning of a fox that looks remarkable calm to be riding a bus in Montreal.

Foxes are not commonly spotted in the city so this is a rarity, especially considering it was brave enough to hop onto a bus.

The STM has yet to respond or confirm which bus the wild animal found its way on. There’s also no word yet on whether the STM offers reduced rates to foxes.