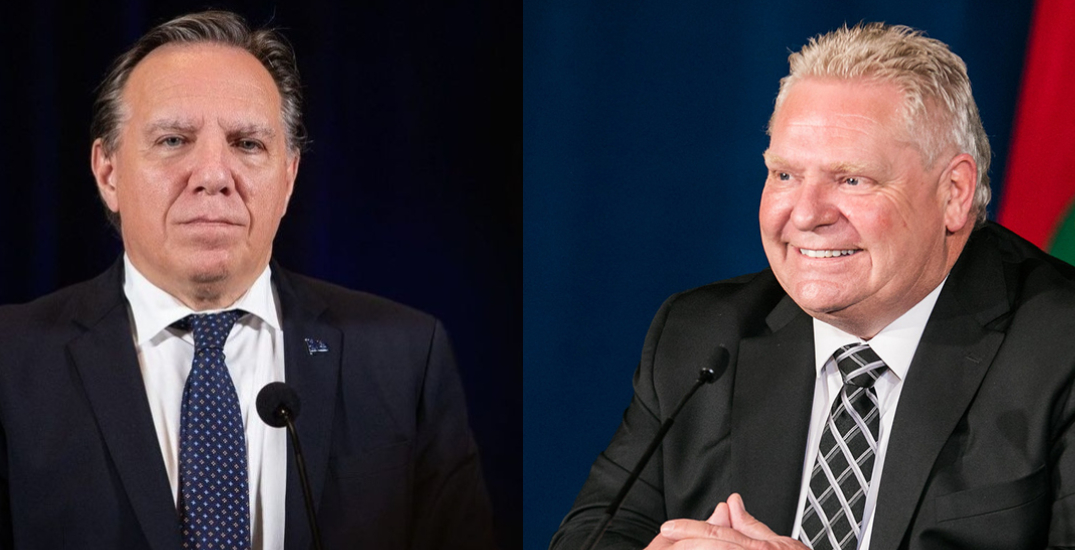 The Premiers of Ontario and Quebec have asked Prime Minister Justin Trudeau to implement stronger measures at Canada’s borders to stop the spread of COVID-19 variants.

In a letter sent on April 22, Premier Doug Ford and Premier François Legault said that they are “concerned” about the growing number of variant cases across the country.

They urged Trudeau to “strongly consider” tightening the restrictions that are currently in place, arguing that COVID-19 cases are rising in spite of them.

“In the third wave the spread of infection as a consequence of new variants of concern is increasing at an alarming rate,” the premiers wrote.

“The actions your government has taken to date are essential in continuing to limit the importation and spread of new variants of the virus…but more must be done.”

Today, Premier @francoislegault and I wrote to Prime Minister Trudeau about the concerning situation at our borders.

With variants of concerns continuing to pose a threat to Canada, we need the federal government to take action now. pic.twitter.com/KY8V5KHCbl

Ford and Legault have asked Trudeau to further reduce incoming international flights and to implement additional “protective actions” at the Canada-US land border.

While it is “crucial” that all non-essential travel be restricted, the transport of essential goods should not be hindered by any additional border measures, the premiers said.

“To protect the lives and well-being of our citizens, to ensure the health system is not further stretched, and to give time for the vaccine roll-out to protect Canadians, we need the federal government to further strengthen measures at air and land borders,” they wrote.

The letter comes after increasing concern over the rising number of cases in India and a new “double mutant” COVID-19 strain that emerged in March,

Since January, all international travellers arriving in Canada by air have been required to present a negative COVID-19 test in order to fly.

A second test must be taken upon arrival. A third test taken at the end of a 14-day quarantine has been required since February — which is also when hotel quarantines were introduced.