Since December 9, nine new flights have been added.

According to the Government of Canada, passengers on 13 international flights that touched down or departed from Montreal since December 2 could have led to exposure.

In terms of domestic flights that departed from Montreal or landed at YUL, eight could have led to virus exposure since the beginning of December. 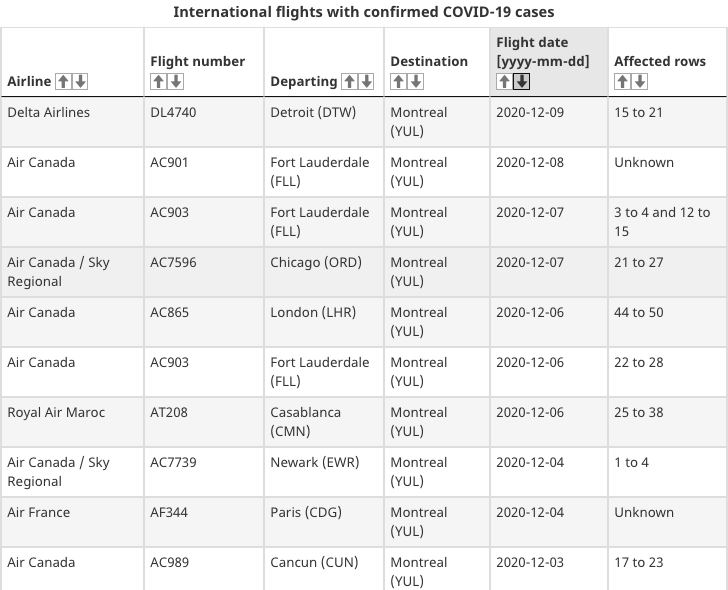 Domestically, flights departing from or landing in Montreal have come from Toronto, Calgary, Ottawa, Toronto, Saint John, and Vancouver. 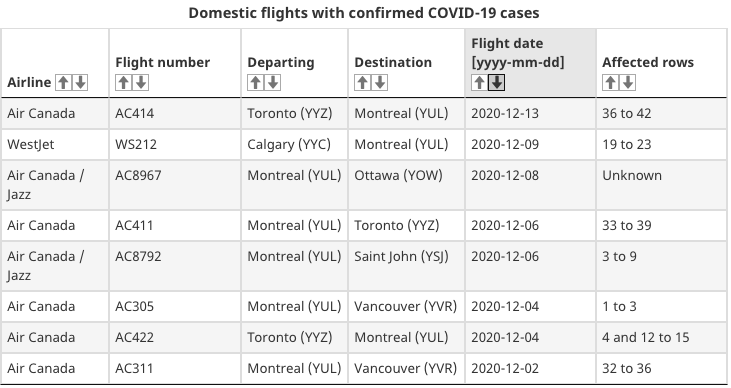