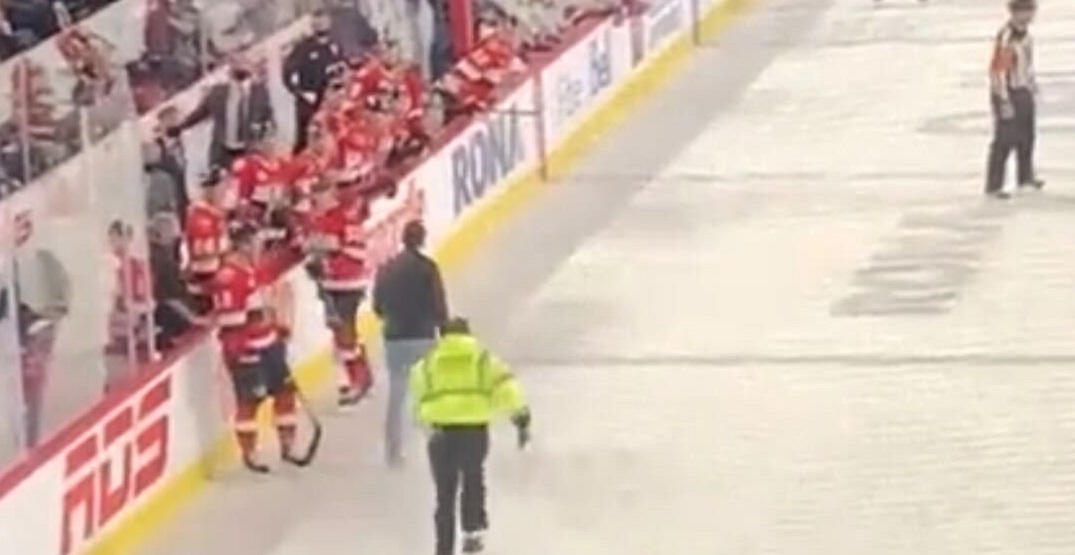 At least one fan was a little bit too excited at a recent Laval Rocket game.

At yesterday’s contest between the Laval Rocket and Belleville Senators, a fan decided they’d climb onto the ice and make their way towards the team benches.

Twitter user @tombro104 shared a video of the incident, though it’s unclear in the video from where the fan was able to get onto the ice.

Players and security staff looked dumbfounded by what exactly to do with the intruder. While streakers at soccer, baseball, football, and basketball games are not uncommon, sliding around on a hard ice surface complicates matters for apprehension.

Eventually, the fan was escorted off the ice through a door in the corner of the rink.

“Interesting way to meet Caufield,” tombro104 wrote. He was, of course, talking about top Canadiens prospect Cole Caufield, who was sent down to Laval in early November after a slow start to his NHL season.

In his first three games with the Rocket this year, Caufield picked up two assists but has yet to score a goal.

The Rocket ended up beating Belleville 3-0. There is no word on whether the rambunctious fan was the team’s good luck charm or ended up with any charges for the incident.