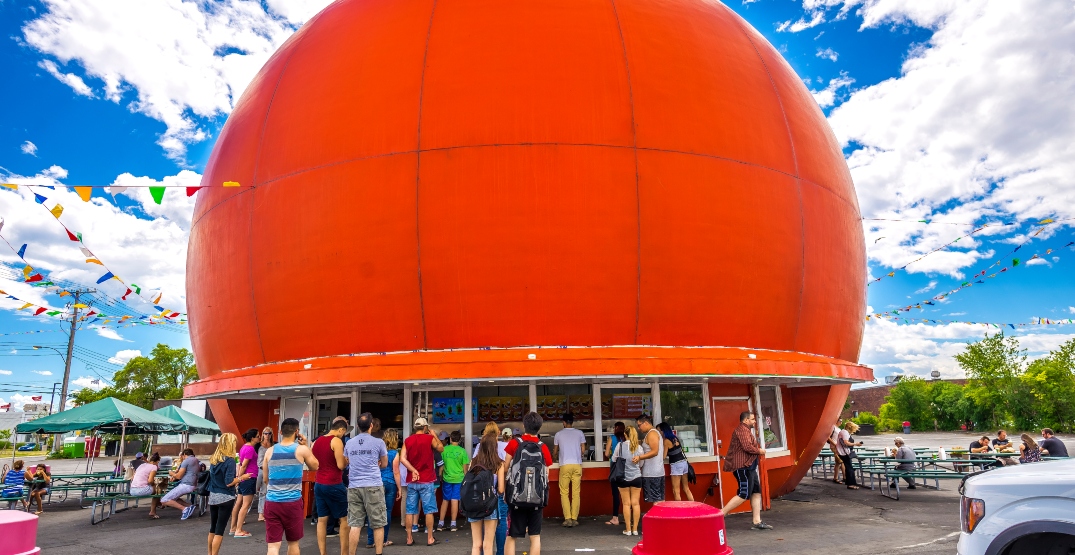 The Orange Julep is more than just a restaurant. With its unmistakable appearance, one-of-a-kind beverage and legendary reputation, it has become one of the most iconic landmarks in all of Montreal.
When it comes to the towering attraction, there is a lot more than meets the eye. In order to uncover some of the fascinating history behind the Julep, Daily Hive Montreal did some digging.

Here are 10 things you may not have known about the iconic orb.

The dome used to glow in the dark 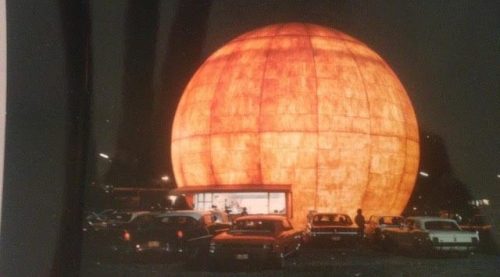 It’s very hard to miss the Orange Julep. But back in the day, it was even harder.

In the restaurant’s glow-in-the-dark days airline pilots would use the big orange, equipped with translucent panels, as a landing marker because it was so visible at night.

The restaurant opened in 1932 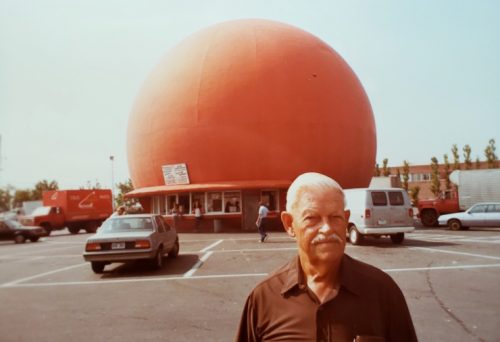 In 1932, Hermas Gibeau opened his first store on St. Laurent Boulevard near the Old Port. His unique orange beverage quickly caught on with customers.

In order to grow the brand further, Hermas took on the bold move to construct a building in the shape of an orange fruit, eventually moving to Decarie street in 1947.

Despite major success, the location was eventually expropriated for the new Decarie expressway. And so, in 1964 he moved it once again, this time, a few kilometres down the road, expanding to the 60ft “Big Orange,” where it has remained since.

The Julep hosts weekly classic car meets throughout the summer

Old-school vehicles in the large restaurant parking lot define the Julep, almost as much as their hot dogs, poutine, fresh orange juice, and giant sphere-shaped frame does.

Every Wednesday evening during the year’s warmer months, Julep audiences vote on who’s showed up with the best vintage car.

Come for the food. Stay for the nostalgia.

Georges St-Pierre is a big fan

In the documentary Takedown: The DNA of GSP, the legendary martial artist praised the Julep’s spaghetti.

“I think it’s important to remember where you come from. As for the Orange Julep… I’ve been going there for like fifteen years, the last fifteen years,” he explained. “I still go to the Orange Julep because I have gone for a long time when I was young. I like the spaghetti there. People are like, ‘Are you crazy, you going to eat this? The hot dog joint?’ The hot dog spot? Yeah! I like it! It’s like a five-buck spaghetti. I love it! I go there every week! Even when the Orange Julep people see me, they’re like, ‘Are you kidding me? It can’t be Georges St-Pierre?’ Like, yeah! I love it!”

It is the largest orange sphere in the world

Think you can find a larger orange dome? You won’t.

Men Without Hats featured it in a music video

The group who brought us The Safety Dance clearly never forgot their deep Montreal roots as they put the Julep on display in this very 80s music video.

It is an example of mimetic architecture

Popularized in the 20th century, mimetic architecture refers to an unusual building design that is a direct representation of the building’s purpose or the product it’s associated with.

Another example, aside from the Julep, is Florida’s Hard Rock Hotel and Casino, a 450-foot-tall building shaped like a guitar.

Roller-skating waitresses used to deliver food to your car

Decades ago, the Orange Julep was your typical drive-in carhop. While it still has that 50s nostalgia, this tradition was probably too impractical and dangerous to keep in place.

The dome is three stories high

Although it may seem hollow and impractical to outsiders, the big dome, 40 feet in diameter, actually contains three levels.

The beverage recipe was patented in 1993

Tons of copycat recipes for the iconic beverage have been circulating for decades. But questions about the ingredients were finally answered in the official patent, No. 2083584, filed in English by Ray Gibeau in 1993.

The official recipe explains that the fruit juice is deacidified by the mixture of skimmed milk powder and pectin before adding the juice concentrate and the natural vanilla flavour.

It’ll never taste quite as good at home, though.