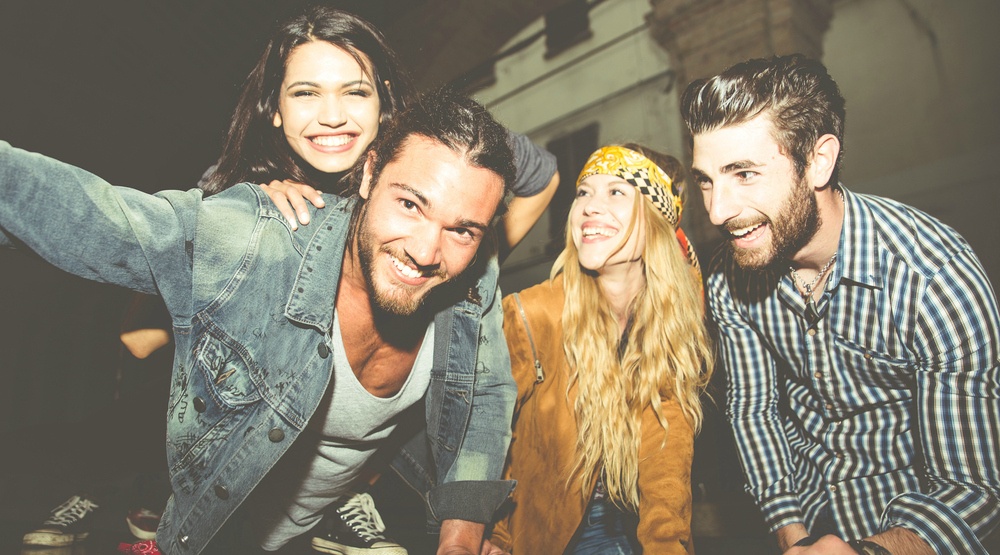 From a plethora of concerts to October themed events, here is everything you need for your social calendar this weekend.

Cineplex Community Day is back, bringing free movies to Montrealers of all ages on Saturday, October 22nd. Though little is known yet about this year’s Community Day, last year several Cineplex theatres across Montreal participated including Theatre Scotiabank, Cineplex Forum, and Cineplex Latin Quartier. Prepare for family-friendly movies and $2 popcorn and candy.
When: October 22
Where: Participating theatres in Montreal (TBA)

You don’t need to understand anything about quantum physics or string theory to enjoy Nick Payne’s Constellations, but it probably won’t hurt if you do. The Centaur has decided to open its 48th season with a magical, quirky, and intellectually and emotionally compelling two-hander by British playwright Nick Payne, about the concept of a “multiverse” existing, where “several outcomes can coexist simultaneously.”
When: Until October 30
Where: Centaur Theatre, 453 Rue Saint-François-Xavier

Brooklyn dream pop band Wet are back on the road, and will be in town later this month. The band released their debut album Don’t You earlier this year, and its an indie melodic success from start to finish.
When: Saturday, October 22 at 9 pm
Where: L’Astral – 305 Ste-Catherine Ouest

Teach your children about the cultural origins of Halloween at Montreal’s very own Museum of Archaeology and History. Over the course of this Halloween-themed history lessons, your kids will meet a superstitious witch, a Druid magician, and Irishman named Jack-O-Lantern, and perhaps even a ghost or two. Each tour will take approximately 45 minutes.
When: October 22, 23, 28, 29 at 12:30 and 4:30 pm
Where: 350 Place Royale

Get spooked at the Smitheman Family Haunted Yard

The Smitheman Family Haunted Yard is the spookiest attraction in the West Island. Entrance is by donation and all proceeds go to the Starlight Children’s Foundation. Prepare to be scared out of your wits by the incredible decor at this haunted attraction. There will be swamp monsters, werewolves, ghosts, mummies, witches, and of course, lots of candy.
When: October 22-31, 6 to 9 pm
Where: 116 Maywood Ave., Pointe Claire

Compton rapper YG is on his North American “Fuck Donald Trump Tour” which stops in Montreal this month. The tour follows the release of YG’s sophomore LP Still Brazy. The 26-year-old had his first major debut in 2009 when he worked with Ty Dolla Sign on “Toot It and Boot It.” He’s since signed with Def Jam Recordings and released several mixed tapes. Still Brazy was released earlier this summer with his single “Why You Always Hatin?” premiering on OVO Radio.
When: Saturday, October 22 at 9 pm
Where:  Le Theatre Berri – 1280 rue Saint-Denis

Put your brain to the test this Halloween at Montreal’s very own escape room game centre, A/MAZE. A/MAZE will challenge you in more ways than you thought possible, and there’s only one way to escape: by solving the puzzle. In a limited amount of time, you’ll have to find clues, crack codes, and solve problems. And as if A/MAZE weren’t already scary enough, each year they add a special Halloween edition to their list of terrifying brain puzzlers.
When: Monday to Thursday 2 to 10 pm, Friday to Sunday 10 am to 10 pm
Where: Various locations

Seven albums and several world tours, Sia is now on a massive arena tour with Miguel and AlunaGeorge. The “Nostalgic for the Present Tour” includes 23 North American dates, with Toronto and Montreal marking their only two Canadian stops. Sia’s hit singles include “I’m in Here”, as well as the recent “Chandelier.”
When: Sunday, October 23 at 6 pm
Where: Bell Centre – 1909 avenues des Canadiens-de-Montreal

Run through a corn maze at Le Verger Labonté

If you’re looking for a fun weekend with the fam, then you have to visit Le Verge Labonte. In addition to their huge crop of pumpkin and squash, they also boast corn mazes, a children’s playground, a petting zoo, a quaint bistro, and some seriously scrumptious apple muffins.
When: Monday to Friday 1 to 5 pm, Saturday and Sunday 9 am to 4:30 pm
Where: 2291 Perrot Blvd., Notre-Dame-de-l’Île-Perrot

Located in nearby Mont Saint Hilaire, Verger du Flanc du Nord is the perfect place to spend a Sunday afternoon. In addition to the standard u-pick pumpkins, they also make their own apple cider and have special Halloween-themed events throughout the month of October where you and your kids are encouraged to dress up in Halloween costumes.
When: Every day, 8 am to 7 pm
Where: 835 Chemin Rouillard, Mont-Saint-Hilaire

Gardens of Light is back by popular demand at the Montreal Botanical Garden. As of September 2nd, the gardens will be lit up at dusk, inviting Montrealers to stroll along the paths guided by stunning multi-coloured lanterns. Inspired by Chinese and Japanese gardens, this year’s Gardens of Light will tell the story of the Son of Heaven, the Chinese Emperor.
When: Until October 31, every day from 9 am to 9 pm
Where: Montreal Botanical Garden, 4101 Rue Sherbrooke Est

Learn about squash at the Pick A Peck of Pumpkins exhibition

Every fall, pumpkins become the star of the show. They carve them, roast them, and make pies out of them. Unfortunately this means other veggies in the squash family get left behind. This unique and educational exhibition at Chateau Ramezay intends to write this wrong by creating an exhibit entirely on squash! Learn about the vegetable’s native American origins and all the different types.
When: Now until November 6
Where: Chateau Ramezay, 280 Notre-Dame Street East

Sip on some home brewed apple cider at Petch Orchards

Just 45 minutes from Montreal, Petch Orchards gives Montrealers the chance to pick pumpkins, pears, and plums at their quaint farm. In addition to the fruit and veg, the farm produces some of the best apple cider and apple juice in the province.
When: Every weekend in October
Where: 431 Route 202 Hemmingford, Québèc

For two weeks in October, ExpoRail is going to be completely transformed. Filled with bats, spiders, ghosts, and skeletons, ExpoRail is celebrating Halloween in all its glory. In addition to the fun decor (yes, they’ll even be decorating the trains), children are invited to participate in arts and crafts workshops such as the making of a Halloween mask.
When: Now to November 1
Where: Exporail, The Canadian Railway Museum, 110 St. Pierre St.

See a performance of Cinderella at Place des Arts

Now’s your chance to bring this classic fairytale to life at Place des Arts. For a limited time only, the 2013 Tony Award-winning Broadway Musical, Cinderella, will be in Montreal! Stopping in our fair city from October 18th until October 23rd, Montrealers have exactly one week to see this enchanting Broadway musical. This visionary play provides a new take on one of the most beloved Disney princesses in history. The play combines the story’s classic elements, such as the glass slippers, the pumpkin, and the ball, with contemporary life.
When: October 18 to October 23
Where: Place des Arts, Salle Wilfrid Pelletier