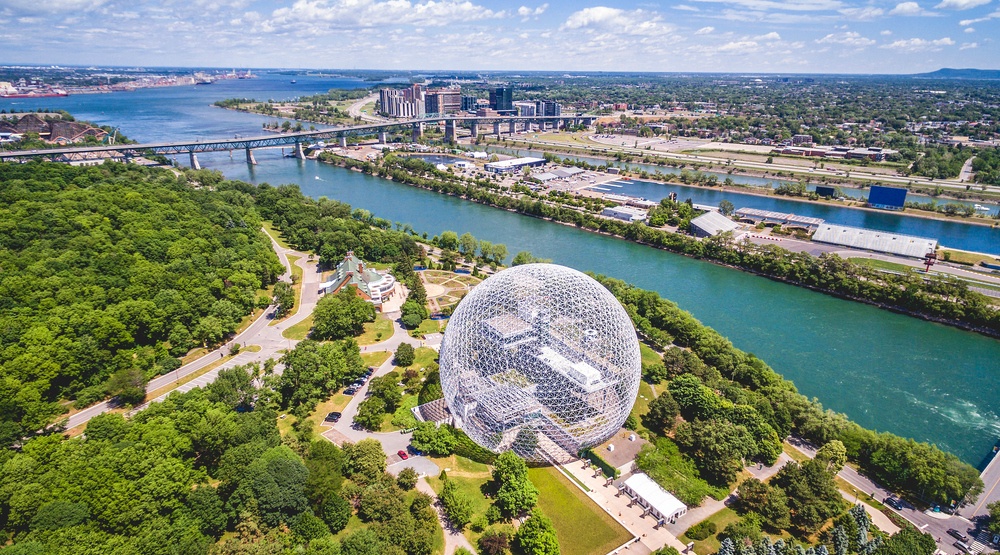 Take advantage of this long weekend!

In addition to Easter egg hunts and Sunday brunch, this long weekend is filled with exciting events for all, whether you celebrate the holiday are not.

From a Dixie Chicks concert to the first Bixi Bike ride of the season, check out 20 things to do in Montreal this weekend: April 14 – 16.

The incredibly talented PJ Harvey is coming to Montreal for two VERY highly anticipated shows this month. The English singer/songwriter, poet, and composer released her first album back in 1992, and is now touring her latest release, The Hope Six Demolition Project.
When: April 14 and 15 at 7 pm
Where: Metropolis, 59 St Catherine Est

American country band Dixie Chicks have won 13 Grammy Awards, released 7 studio albums, all while creating a little political controversy along the way. The trio are back on the road with their DCX MMXVII World Tour, which first began back in 2016.
When: April 15 at 6:30 pm
Where: Bell Centre

Easter at the Zoo

Montreal’s resident zoo, Zoo Ecomuseum in Sainte-Anne-de-Bellevue, is hosting their annual Easter egg hunt on April 15th and 16th. Titled Easter at the Zoo, this festive event will have children searching for Easter eggs, getting their faces painted, and even meeting the Easter bunny himself. Easter at the Zoo is taking place over the course of two days from 9am until 4pm. The Easter egg hunt will kick off the event, followed by face painting courtesy of the zoo’s expert makeup artists and a meet and greet with the Easter bunny. The Easter bunny will be “distributing hugs and chocolate all week long.” Sounds pretty adorable to us! In addition to festive fun, there will be an educational component. Easter at the Zoo will include on-site zoologists, there to answer any and all questions about Zoo Ecomuseum’s animals.
When: April 15-16, 9 am-4 pm
Where: Zoo Ecomuseum, 21125 Sainte Marie Rd

Bixi season begins April 15th and we couldn’t be more excited. Given the mild winter we’ve been having, it’s about time our favourite bike sharing program is brought back to the streets of Montreal. Even better, Manulife and the city of Montreal have a few Bixi-related surprises up their sleeve in honour of the city’s 375th anniversary. In addition to annual free Bixi days, there will be specially designed Bixi Bikes rolled out in May adorned with drawings from local artists representing the city’s anniversary.
When: April 15
Where: Various locations

Spend your Easter Saturday taking in a soccer match at Stade Saputo. On Saturday, April 15th at 1pm the Montreal Impact face off against Atlanta United FC.
When: April 15, 1 pm
Where: Stade Saputo, 4750 Sherbrooke East Street

Montreal’s beloved 21 Swings (or 21 Balancoires) is back!Officially scheduled to open April 10th, is there any better sign that spring has arrived? The interactive, music art installation will have us all feeling like children again as we swing back and forth while a beautiful melody plays. Created by Daily tous les jours, in collaboration with animal behaviourist Luc-Alain Giraldeau and composer Radwan Ghazi Moumneh, this fun and colourful urban playground will be over 24 hours a day between April 10th and May 28th.
When: April 10-May 28
Where: Promenade des Artistes

Is there anything better than maple taffy in spring? As part of Montreal’s 375th anniversary, the city has commissioned an urban sugar shack to travel all around the city of Montreal bringing maple syrup goodies to Montrealers far and wide. The Urban Sugar Shack will be visiting different Montreal neighbourhoods each weekend in March and April, and bringing with it musical storytellers, coffee and tea, maple treats, and a rustic wooden barn. The Urban Sugar Shack will roll into each borough and set up shop in a local park. Locations still left on the agenda include Rosemont-La Petite Patrie, Ville Marie, Lachine, and Cote des Neiges/NDG. Be sure to indulge in maple syrup on a stick before it’s gone!
When: Until April 16
Where: Kent Park (April 14), Parc Lasalle (April 16)

Old Port has decided that they will be opening the MTL Zipline all winter long, which means you can soar through the air any weekend you like. This is the first time ever that MTL Zipline has opened during the winter and we can’t wait to take advantage of this momentous occasion! One trip on the MTL Zipline costs $19.99 for adults or $16.99 for children. Located at the Clock Tower in the heart of Old Port, don’t miss your chance to fly like Superman and marvel at the scenic wintery landscape beneath you.
When: Every weekend this winter, 11 am-5 pm
Where: Clock Tower, Old Port