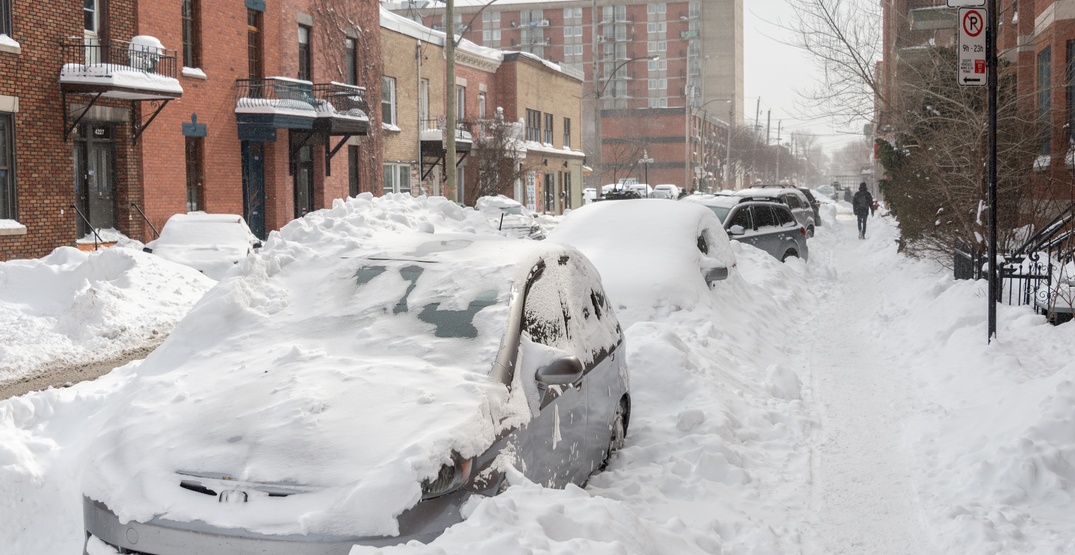 In Montreal, to say the least, it’s been a pretty disappointing start to spring.

Not only has the cold and grey weather stuck around for the most part but Environment Canada has just updated the status of their “winter storm” warning.

According to the release, a winter storm has been confirmed to hit the province of Quebec on Sunday and Monday.

Montrealers living in the Metro Montreal and Laval area, as well as a large portion of southern Quebec, will be subject the poor weather. Affected areas of the storm are highlighted in grey below. 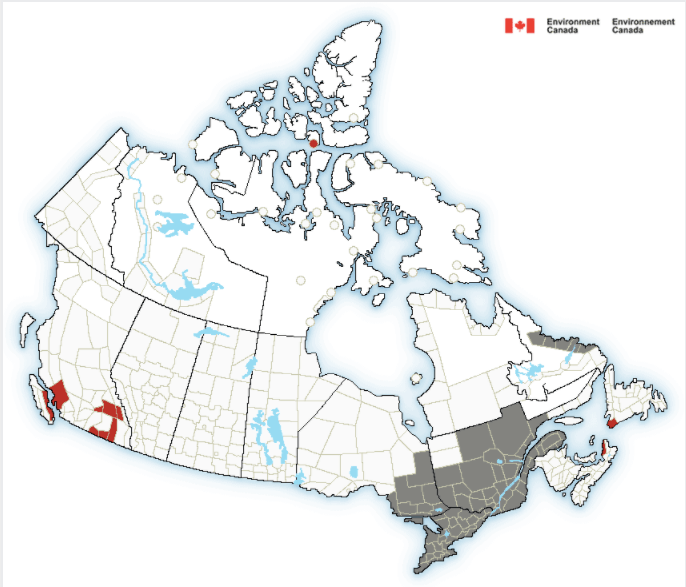 The release states that Sunday will see a “wintry mix of precipitation and strong winds” to numerous regions in Quebec; a mix of snow and freezing rain is the expected scenario for those living in “greater Montreal, the Outaouais, and the Eastern Townships.”

The storm has also been confirmed to continue through Monday, with a shift in freezing rain and flurries to heavy snow and strong winds, which will spread north and east throughout the province. 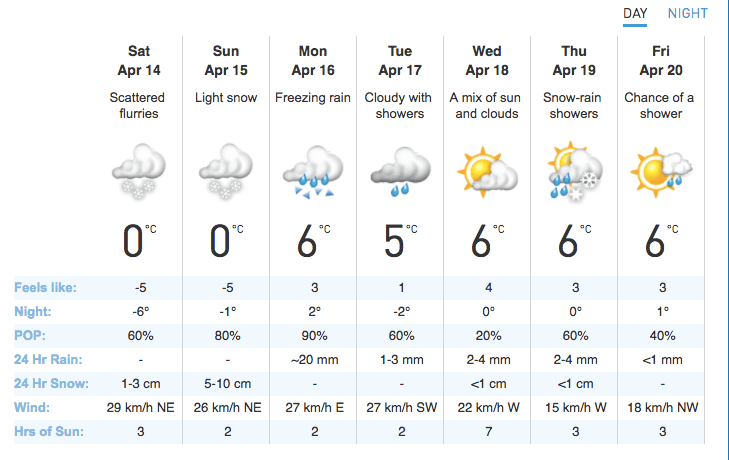 Image via the Weather Network

Environment Canada is recommending that drivers should be prepared for winter storm conditions and that driving will become increasingly more difficult because of the accumulated snow and freezing rain.

For the safety of drivers and others, think twice about non-essential travel and give extra time when planning your movements.