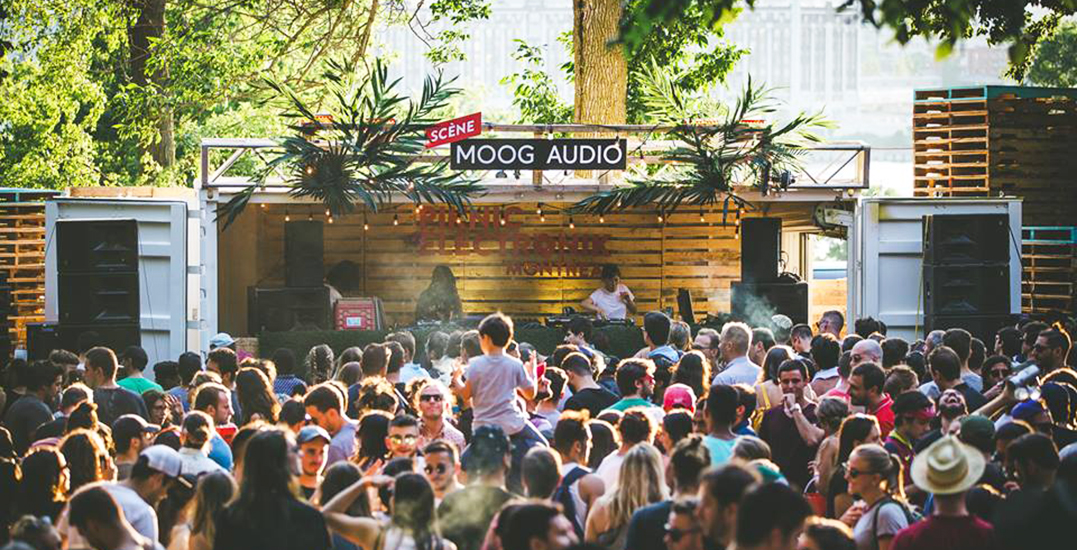 Less than 20 days until one of Montreal’s famed EDM festivals returns to the city for 2018.

Making its highly-anticipated return, Piknic Electronik will be back in Montreal on Sunday, May 20 in Jean Drapeau Parc.

The popular weekly experience will be celebrating its 16th year of music, and due to its overwhelming popularity, has expanded all over the world to Barcelona, Melbourne, Dubai, and Santiago.

Just hours ago, Piknic Electronik announced their full lineup for 2018. More than 125 artists will take to Parc Jean-Drapeau over the course of the summer.

The festival begins with two major guest artists opening up their 16th season with Anna and Marcel Dettmann playing on Sunday, May 20 and Monday, May 21, respectively.

Other highlighted artists of the festival include festival regulars like Claptone and Gui Boratto. There will also be some highly-anticipated newcomers, making their first appearance at the festival, like Amelie Lens, Bicep, and Mall Grab.

The festival has also acknowledged two special performances for their 2018 program. On Sunday, June 17, Piknic Electronik will celebrate the 30th anniversary of Rex Club in Paris, whom they call a true institution of dance music. They’ll be celebrating with a special lineup starting at 4 pm that day.

The following week, on Sunday, June 24, they’ll be celebrating St. Jean with a 100% Quebec program.

You can also check out their recently uploaded video with day to day lineups below.

Tickets are available for purchase either online or at the door. Regular tickets can be purchased for $14.50 online or $19 at the door. Six-pack passes, as well as student passes and season passes, may be purchased online. The festival is free to attend for children aged 12 and younger.