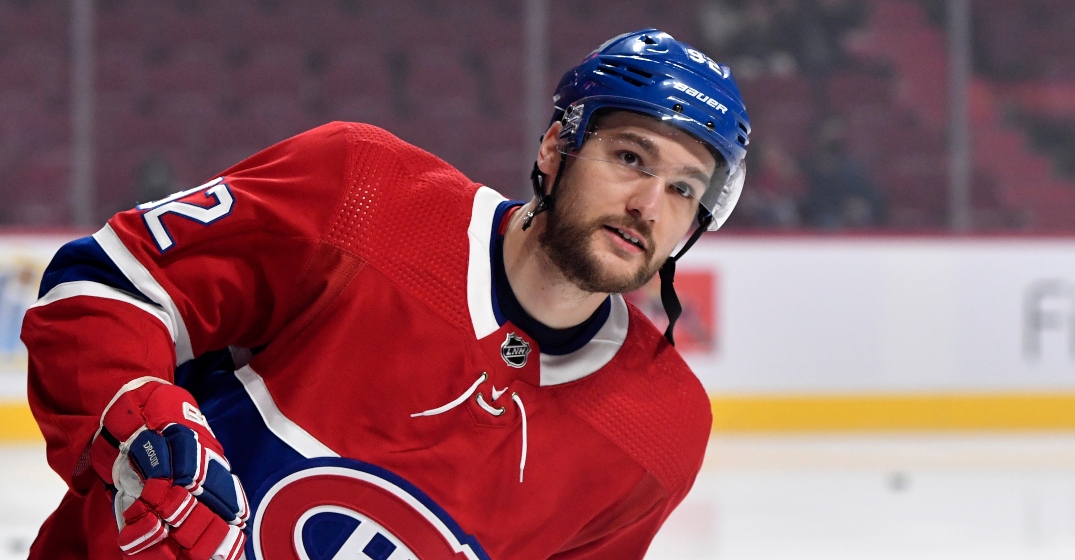 Back in April 2021, the Montreal Canadiens announced that forward Jonathan Drouin would be taking an extended leave of absence for “personal reasons.”

It was later revealed that Drouin was dealing with “insomnia” and “anxiety” issues.

In a recent interview with TSN reporter John Lu, the 26-year-old looked back on that decision and discussed the positive strides he has made over the past nine months.

He remarked that, since returning to the team at the beginning of this season, stepping away and getting the help he needed at the time has made all the difference.

“I’m doing great… This year has been obviously hard for the team, but I feel way better now,” Drouin told Lu. “Hockey has been easier for me this year… I’m very fortunate and happy that I’m back.”

The Canadiens forward also tried to relate his experience to the countless others who are dealing with similar issues.

“For me, I could feel my heart racing or my palms would get sweaty,” said Drouin, emphasizing that “it’s okay to have anxiety. It’s okay to have stress. It’s just being able to recognize them at the moment where you don’t let it go for the whole day.”

The player also acknowledged that beginning the journey into self-awareness is the most difficult part. “The first step is the hardest. You want to open up… but you don’t know where to start from or who to talk to.”

Drouin says reaching out to his family was his saving grace. “Those are the people that know you the most.”

“It was hard to send that first call or first text message… but ever since I’ve done it, I’ve only had good stuff coming from my side.”