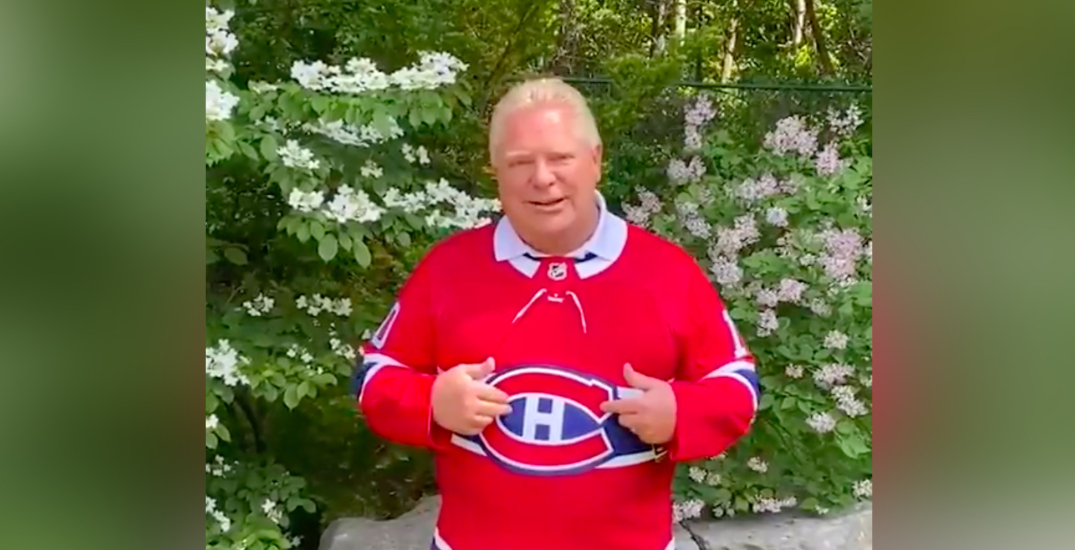 The Toronto Maple Leafs weren’t the only figures in Ontario admitting defeat at the hands of the Montreal Canadiens this week. Premier Doug Ford sported a brand news Habs jersey on Twitter, making good on his bet with Quebec Premier François Legault.

Ford paid his debt by wearing a signed Guy Lafleur jersey, which was gifted to him by Legault.

The Ontario premier said it was “killing me” to put on the jersey, before congratulating the Leafs on a great season.

“All I want to see now, Habs win the Stanley Cup,” said Ford, “or one Canadian team win it.”

Carey Price, the Habs’ best player throughout the first series, even got a shoutout from Ford,  “thank God you got that Price, one of the best goalies in the world.”

Game 1 between the Canadiens and Winnipeg Jets kicks off tonight from Bell MTS Place in Winnipeg at 7:30 pm ET.

The winner of the upcoming series will get to say they were the kings of the all-Canadian division in what will likely be its only season.