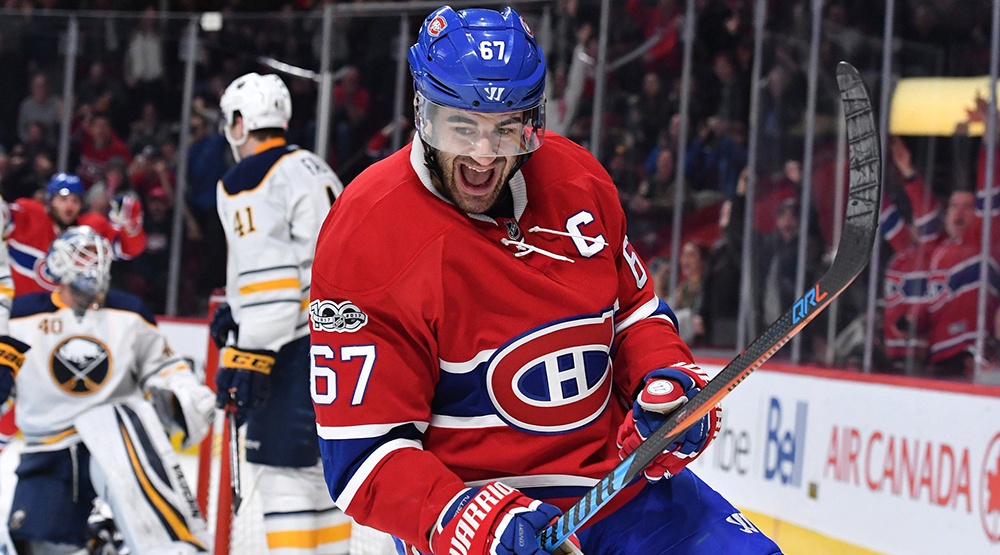 Patrick Roy was never expected to leave the Canadiens. He finished his career as a multi-time champion with the Colorado Avalanche.

Say what you want, the Canadiens have never been afraid to trade their stars. In fact, it felt like for a bit that the Habs were tremendous at trading their captain every few years.

Now, after losing one of the team’s most popular players just last year, the bitter taste still lingers in some fans’ mouths.

Could it happen again? Could the Canadiens really trade a star player like Max Pacioretty?

No. Because regardless of what you say, it just wouldn’t make sense.

It’s tough to fully compare players that play different positions, like Subban and Pacioretty. But when you look at Subban, he does tend to fluctuate from year to year and even month to month. There’s no question that he was prone to defensive mistakes and his offensive output from the point, one of his biggest assets, has dipped over time after losing ice time in Nashville.

But with Pacioretty, you always know what you’re getting. Sure, he doesn’t contend for the NHL scoring title, but in the past three seasons, only Alexander Ovechkin has been a better winger offensively.

A forward that will put up 60 points a year is extremely valuable in the salary cap era. Want to see him put up better numbers than that?

Find him a better centreman to play between him and Alex Radulov than Phillip Danault or Tomas Plekanec.

Yes, he sucks in the playoffs. He’s not alone

One of the biggest reasons why Pacioretty’s name has appeared in recent trade rumors is due to the fact that when it comes to the most important part of the season, the NHL playoffs, he struggles.

It’s true, but what also is true is that it’s not all his fault.

Think about it: who was one of the biggest stars of the Philadelphia Flyers run in 2010? Michael Leighton. Since taking the Flyers on a miracle run six years ago, he has played in 7 NHL games, with four of them coming for the Carolina Hurricanes this year.

So while, yes, it’s fair to say he hasn’t performed during the playoffs, it’s just as fair to say it isn’t just his fault. With only four goals scored in their four losses against the New York Rangers in round one, isn’t it clear that the issue doesn’t just lie in one player’s offensive struggles?

It may be time to get him some proper help instead of trading away a star, don’t you think?

After trading the face of their franchise a year ago, the Canadiens don’t look on the path to success despite their third division title in the past five years. Every time the team gets close to hitting their peak, they find a way to lose due to a lack of scoring or shock injuries.

TRADE Alex Galchenyuk
and Max Pacioretty to the
WASHINGTON CAPITALS for
Lars Eller and Alex Ovechkin.#mtlhockey

When looking at the regular season, Alex Galchenyuk’s misuse near the end of the season was no secret. Montreal’s inability to find a number one centre in what seems like forever isn’t helping their output. Paul Byron has been a solid player for Montreal, but as a second line winger, there has to be better options.

Montreal is a better team with Jonathan Drouin on the wing, but it will likely come at the cost of losing either Alex Galchenyuk or Alex Radulov. That’s quite the price to pay to get extra scoring depth.

My newest piece for @DailyHiveMTL takes a look at how Jonathan Drouin makes the #Habs much, much better. https://t.co/KKRtnZy8rU pic.twitter.com/hFk0iH3on6

With Price needing a new contract at the end of next season, the Canadiens need to be smart when deciding who to sign and who to dump off to someone else.

If the Habs are serious about a playoff run in the next few years, trading one of the best wingers in the NHL just simply won’t bring in enough value. Trading your best player in over a decade shouldn’t be what it takes to bring in a number one centre or another solid defender.