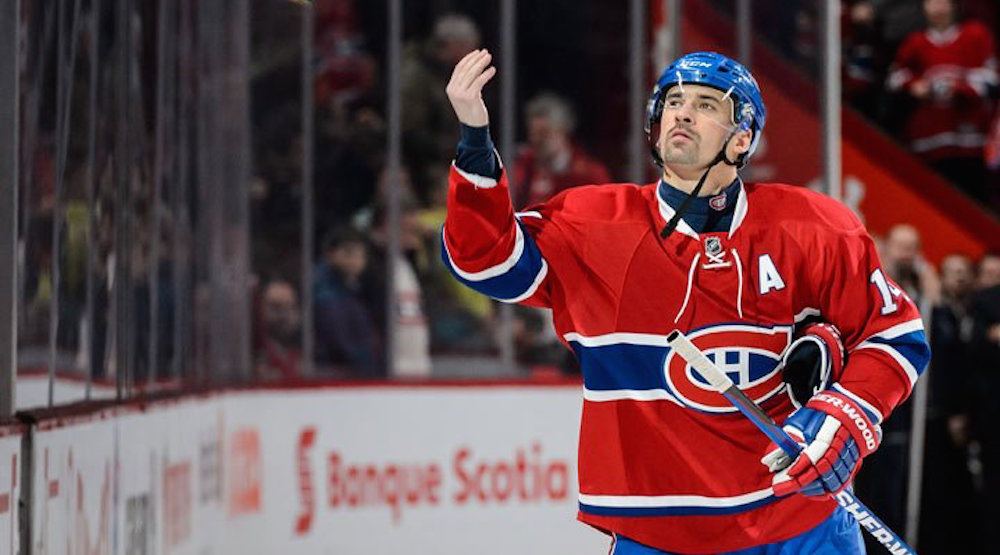 After months of speculation, we now know the identity of the new expansion team from Las Vegas. No matter what your opinion is of the Golden Knights name, there is something teams and fans have to get ready for the first time since the turn of the century: the expansion draft.

Every team in the league, including the Montreal Canadiens, will lose a player to Vegas in June.

The rules are relatively simple. The Habs are allowed to protect seven forwards, three defencemen, and one goaltender, or if they prefer, one goaltender and eight skaters regardless of position.

In total, the Habs have 32 players currently exempt from the expansion draft, as first and second-year pros are not eligible to be selected by Vegas.

Carey Price and Jeff Petry must be protected due to no-movement clauses in their contracts.

Other locks include Shea Weber, Max Pacioretty, Alex Galchenyuk, and Brendan Gallagher. Given that the team committed to Andrew Shaw by giving him a six-year deal, let’s assume that he gets protected as well.

Pending unrestricted free agents won’t be protected, as they offer much less value given they could walk on July 1. That makes decisions regarding Andrei Markov and Alexander Radulov very interesting.

For the purpose of this exercise, let’s assume that Marc Bergevin gets pen to paper for Radulov soon, while he waits on Markov.

I hesitated when deciding whether or not to put Paul Byron on the list. While he is playing the best hockey of his career right now, is it sustainable? Maybe not, but he is at the top of his game and has shown tremendous chemistry with the likes of Radulov and Galchenyuk, who are also shining at a level they haven’t yet shown in the NHL.

But with a shooting percentage that is not likely to last all season long, could they end up going a different route and keeping a guy like Charles Hudon, and hoping Byron goes unclaimed?

Paul Byron showing off his speed tonight on the breakaway, destroying Jimmy Howard with a slick move to score after getting past the D! pic.twitter.com/9qYQX16coU

Tomas Plekanec has struggled ever since the start of the season and has really lost his value in the process. After moving around a bit, the Habs are hoping he can get some chemistry on the second line with Brendan Gallagher and Max Pacioretty, two other Habs that fans would really like to see improve on their slow starts this year.

One of the most underrated two-way players on the Canadiens, Plekanec has the ability to be a top-line centreman when he’s at his best. He seems to always be a 50+ point scorer for Montreal and has shown himself to be a serviceable playmaker throughout his twelve-year NHL career.

It’s safe to say that if Plekanec expects to stay in Montreal, however, he’ll need to find a way of upping his poor offensive production, and fast. With just seven points in 23 games, the 34-year-old could be left exposed given his age and $6 million cap hit.

It seems weird that the Canadiens would consider keeping a 22-year-old prospect with just six games of NHL experience, but that might be what happens. Charles Hudon hasn’t done enough to earn a full-time spot, despite getting four points in the six games he’s skated in, but he’s more than just points.

Hudon has once again proven himself to be one of the best players on the St. John’s Icecaps, and with Montreal weak down the middle, and potentially weaker after the draft, they can use his hard-working play to their advantage. He’s a dynamic two-way player that, with time, can develop into a valuable player.

But would Montreal really burn one of their 11 safe spots for an AHLer? We’ll see.

Philip Danault may not be a name most fans from around the league know about, but his value has been noticed by Habs faithful in 2016.

He doesn’t score often and that’s never been his forte, but his ability to play a strong defensive game while using his small stature, yet strong body has made him a powerful force in the top nine. Danault is young at 23, and while his offensive numbers aren’t mind-blowing, his best hockey is still yet to come.

Despite the fact that he plays over 21 minutes a night for the Habs, Alexei Emelin could be left exposed given he is on the wrong side of 30 and carries a modified no-trade clause on his $4 million contract.

Emelin is a physical defenceman, but that physicality can also get him into trouble.

Marc Bergevin will have some tough decisions to make, but ultimately he should error on the side of youth and potential over past accomplishments. That’s why I’m projecting players like Plekanec and Emelin getting exposed, while players like Beaulieu and Hudon getting protected.