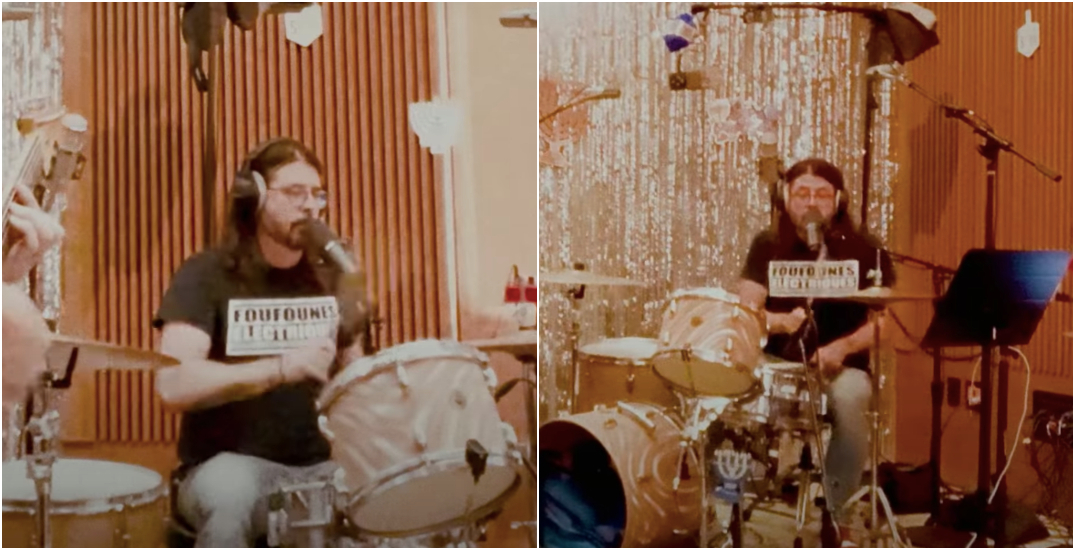 On Monday, Foo Fighters frontman Dave Grohl released a Hanukkah-themed music video for his cover of Blitzkrieg Bop by the Ramones.

The venue, known as “Foufs” by locals, has hosted a variety of notable artists over the years, such as Green Day, Queens of the Stone Age, Mano Negra, The Dickies, William S. Burroughs and Marianne Faithfull.

The Sainte Catherine Street club’s most talked about event, though, featured none other than Grohl’s former group, Nirvana, who played there a few days before the release of their album, Nevermind back in 1991. The young drummer was only 22 at the time.

Since then, Grohl has also worn the Foufs tee at a 2019 festival performance in Budapest, Hungary.

Lucky for him, the shirt still fits.