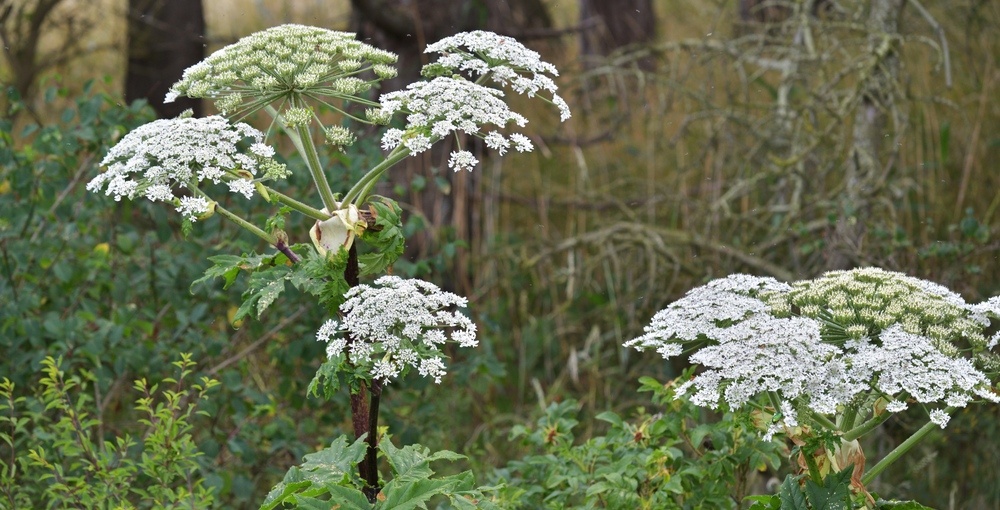 Quebeckers are being warned to look out for a dangerous, invasive plant called the giant hogweed, that can cause third-degree burns and even blindness.

The Nature Conservancy of Canada issued a warning via their Twitter page that Canadians should avoid the non-native plant that has been spotted in Quebec, Ontario, and British Columbia.

Regarded as one of the most threatening plants in the country, the giant hogweed can grow up to 6 metres high and has large, white umbrella-like clusters at the top.

The giant hogweed’s sap is clear and toxic and it causes blisters, rashes and burns once it makes contact and is exposed to sunlight. The sap can even cause blindness if it makes direct contact with the eyeball.

Often mistaken with the cow parsnip, the Nature Conservancy of Canada warns that the venomous plants can often be found growing in gardens, along roadsides, in ditches and near rivers and streams.

Experts stress that simply touching the plant is not dangerous. Exposure to the sap and washing your body and clothes after exposure to the sun is what causes the toxic reaction.

The nature group is asking Canadians to document sightings of the plant, which has been flowering since the spring.

Biologists say the exotic plant made its way to Canada in the 1940s as a decorative piece.