Since the beginning of November, 15 new flights have been added.

In total, passengers on eleven international flights that touched down in Montreal could have been exposed to coronavirus, according to the Government of Canada. Ten domestic flights that departed from Montreal or landed at YUL could also have led to virus exposure.

The affected rows have been identified for each out-of-country flight that landed in Montreal. 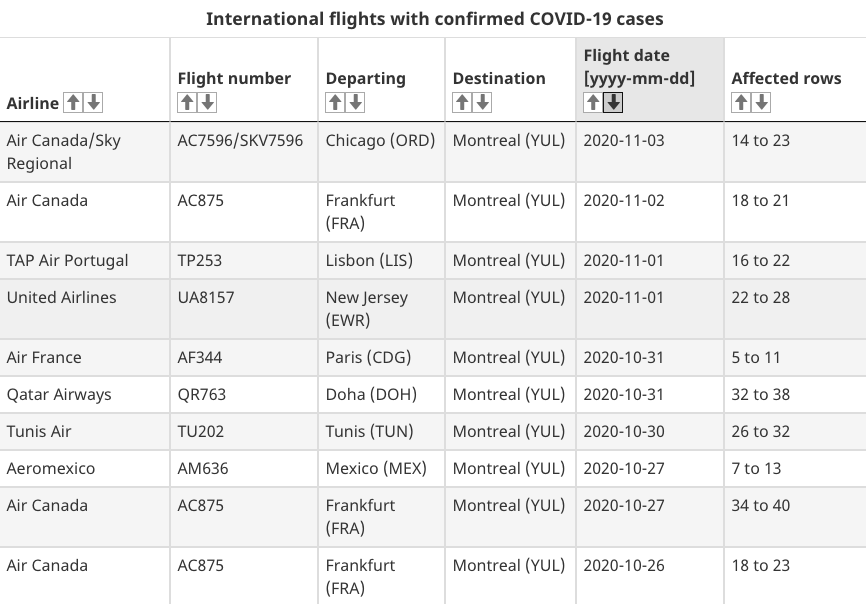 Domestically, flights departing from or landing in Montreal have come from St. John’s, Newark, Val-d’Or, Vancouver, Ottawa, Charlottetown, and Toronto. Affected rows have been identified for five of the ten. 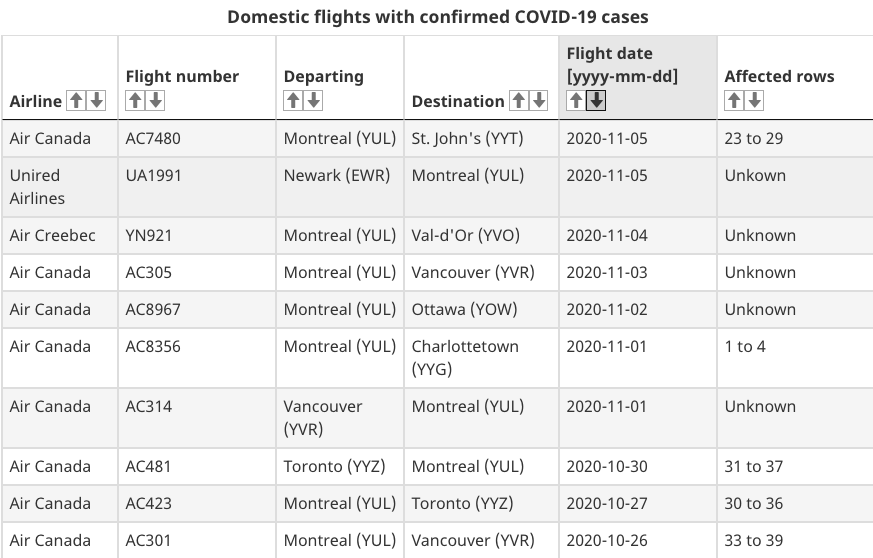 On Tuesday, Dr. Theresa Tam, Canada’s Chief Public Health Officer, said there have been “very few reports” of COVID-19 spreading on board airplanes. She says it’s “extremely rare” and as doctors and scientists learn more about the ventilation on modern aircrafts, they are not as hospitable to the virus as previously thought.

“There’s been very few reports, extremely rare reports actually, of transmission aboard aircrafts,” Tam said. “The modern aircraft is actually really good in terms of air exchanges and the way that airflow occurs in the cabin.

Tam said that procedures such as mandatory mask-wearing and proper physical distancing help to limit the spread of COVID-19.