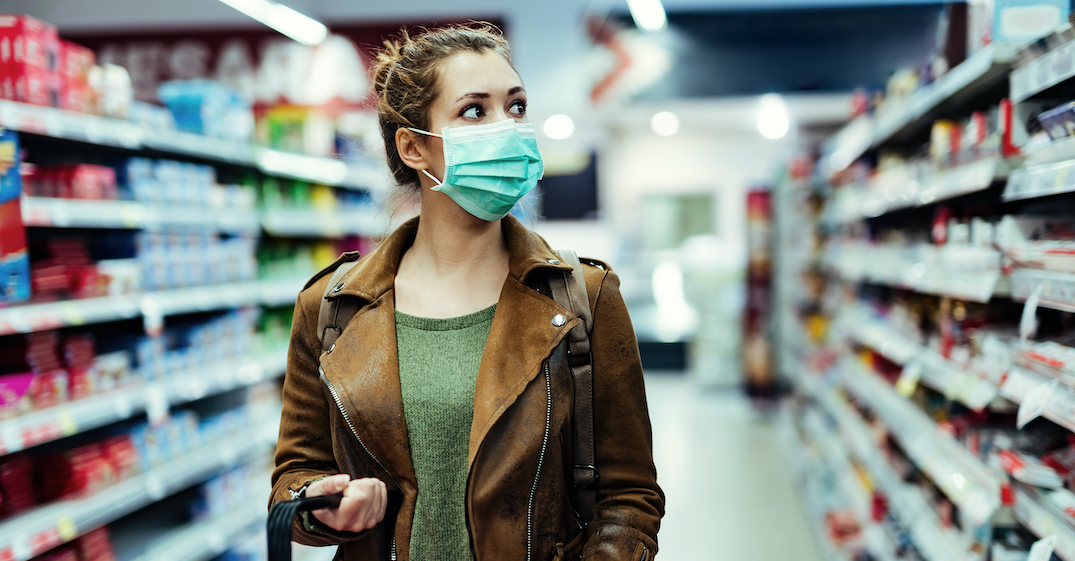 A bylaw was adopted by Côte Saint-Luc on Monday night, mandating anyone living in or visiting the borough to wear a face mask inside public spaces.

All stores, businesses, and municipal buildings will adhere to the new bylaw, which was originally tabled on May 23.

Côte Saint-Luc’s goal is to prevent the spread of COVID-19 throughout the area which has 494 of Montreal’s 25,652, according to Santé Montreal (as of June 1).

Côte Saint-Luc’s Mayor Mitchell Brownstein says exceptions will be made for citizens and locals or cannot wear face coverings due to health reasons (respiratory problems or difficulties hearing).

The bylaw will go into effect as of July 1 and Brownstein says, “this means when you go shopping, you will need to wear a face covering that covers your mouth and nose.”

He says the mandatory face covering will not be implemented for people who go for walks but they’re still “strongly recommended” when you’re outside, especially in spots that are difficult to keep two-metre distances.

The mayor says masks are being mandated because “wearing one will protect other people around you if you have COVID-19 but don’t realize it yet. This is the same rationale as why smoking is prohibited at restaurants and stores.

“It’s to protect other people from you.”

Merchants are being asked to refuse entrance to people who aren’t wearing face coverings.

The bylaw is also requiring buildings to install hand sanitizers at all entrances and near elevators.

Brownstein says the borough will announce dates for more re-openings in the not-too-distant future on what and when will be allowed to return, based on the provincial health authority directives.

A video of Monday’s council meeting, adopting the bylaw, has been made available on the Côte Saint-Luc website.