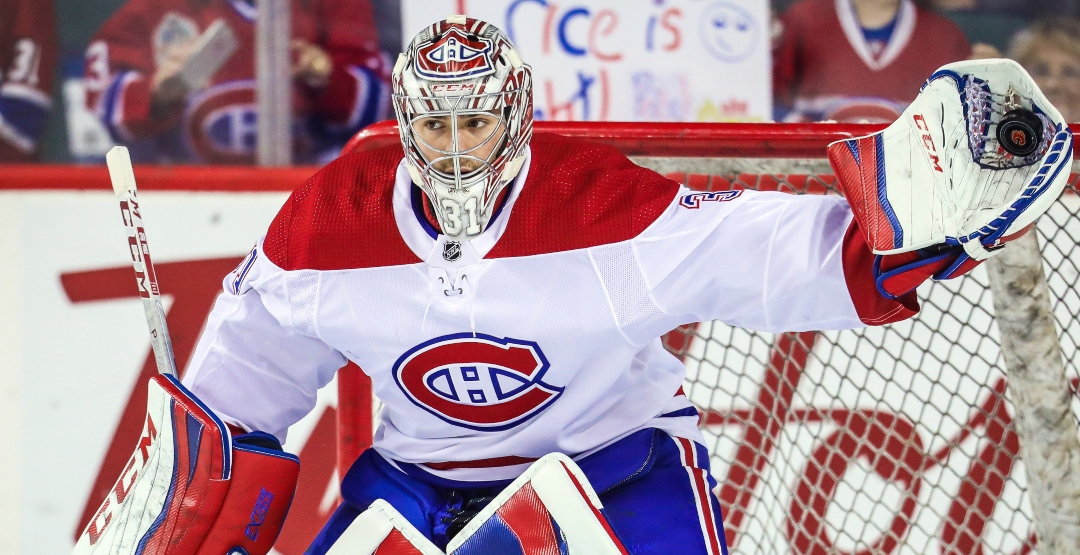 Things are finally looking up for the Montreal Canadiens in a season that got off to a disastrous start. With new management steering the ship, a passionate coach behind the bench, and plenty of promising prospects, optimism is beginning to settle in.

And so is Carey Price, apparently.

Price, who has yet to play a game for the Habs this season is finally practicing and travelling with the team again. While there has been no rush to get the 34-year-old netminder back in the crease, Price, who has spent the last few months battling with an injury and overcoming substance abuse issues, seems eager to reclaim his position.

New developments over the past few days have made it fair to assume that we could see the return of Mr. Saturday night by Saturday night.

First, the Canadiens announced Tuesday that goaltender Jake Allen would miss the last three weeks of the season because of a groin injury he suffered in last weekend’s game in Toronto.

Then, later in the day, the Canadiens placed forward Jonathan Drouin on Long-Term Injured Reserve (LTIR), giving the team over $14 million in available cap space, which is more than enough to activate Carey Price’s $10.5 million annual contract.

We’ve confirmed that the #Habs have moved Jonathan Drouin from IR to LTIR, giving them an additional $5.5M in their LTI Salary pool for a total of $14,015,563 in usable space.

This now gives the team the $10.5M in space they need to activate Carey Price.https://t.co/lffSdAZeWP pic.twitter.com/lnMPgzKYlu

The Canadiens were the first team to be mathematically eliminated from the playoffs this year, which is a stark contrast to last year’s run to the Stanley Cup Final. Nonetheless, the group seems to be finding its groove under interim head coach Martin St. Louis’ leadership. And all indications lead to them wanting to finish the year on a high note.

With that in mind, there’s probably no bigger sparkplug than the return of the winningest goaltender in Habs history.