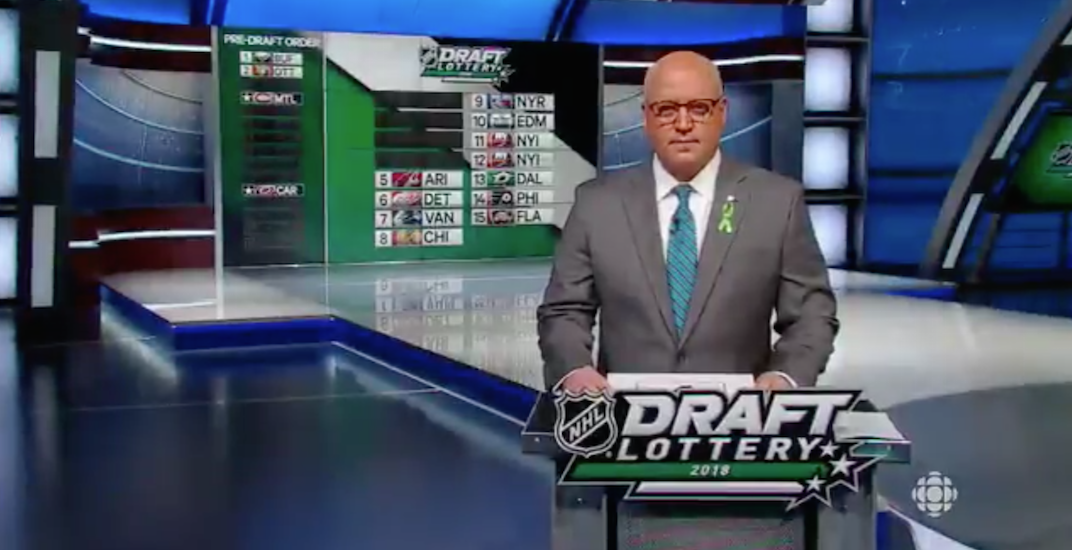 One year of misery has yielded a positive result for the Montreal Canadiens.

We just don’t know how positive yet.

Still on the table, the @NHLCanes, @CanadiensMTL and @BuffaloSabres. Find out the winner at the 2nd intermission of #SJSvsVGK!

Picks 4-15 have been revealed at the NHL Draft Lottery, with three more picks to be announced during the second intermission of tonight’s playoff game between Vegas and San Jose. The Canadiens, along with the Carolina Hurricanes and Buffalo Sabres, are the only teams left in the running for the first overall pick.

Winning the first pick would be franchise-altering, as it would mean a chance to draft defenceman Rasmus Dahlin, the most hyped up blueliner available in many years.