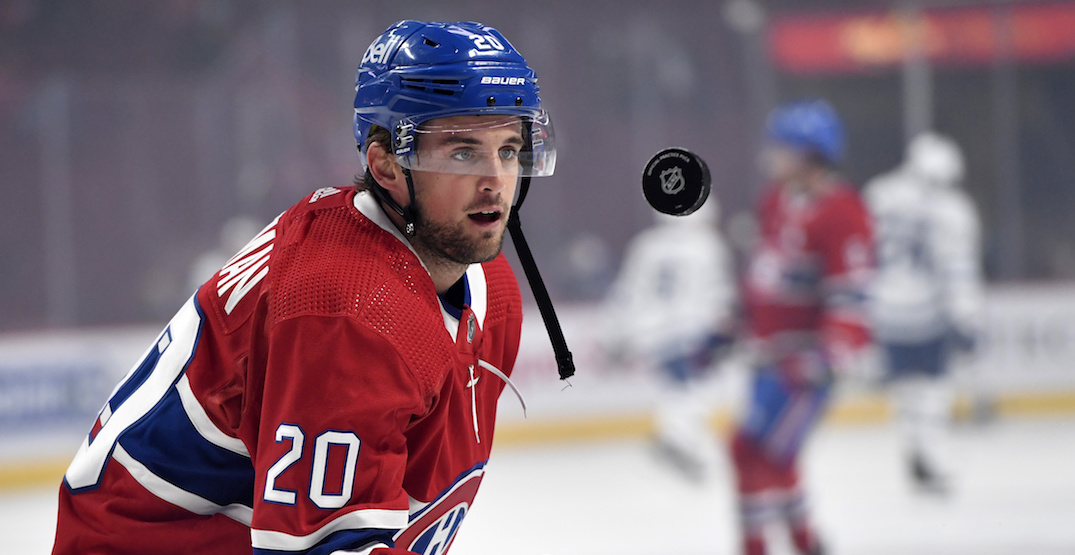 The NHL has suspended Chris Wideman for one game without pay.

The decision to suspend the Montreal Canadiens defenceman came after a hearing with the NHL Department of Player Safety earlier today. The suspension will cost Wideman $3,750 in lost salary.

The one-game ban is for Wideman head-butting Erik Haula during a third-period scrum in last night’s 5-1 loss to the Boston Bruins.

Wideman smacked Haula in the face with the side of his helmet. The Bruins forward responded by tackling Wideman to the ice, and throwing gloved punches as the linesman tried to separate them.

There has been one suspension handed out already this season in the NHL for head-butting. St. Louis Blues forward Pavel Buchnevich received a two-game suspension for a head-butt on Lawson Crouse of the Arizona Coyotes.