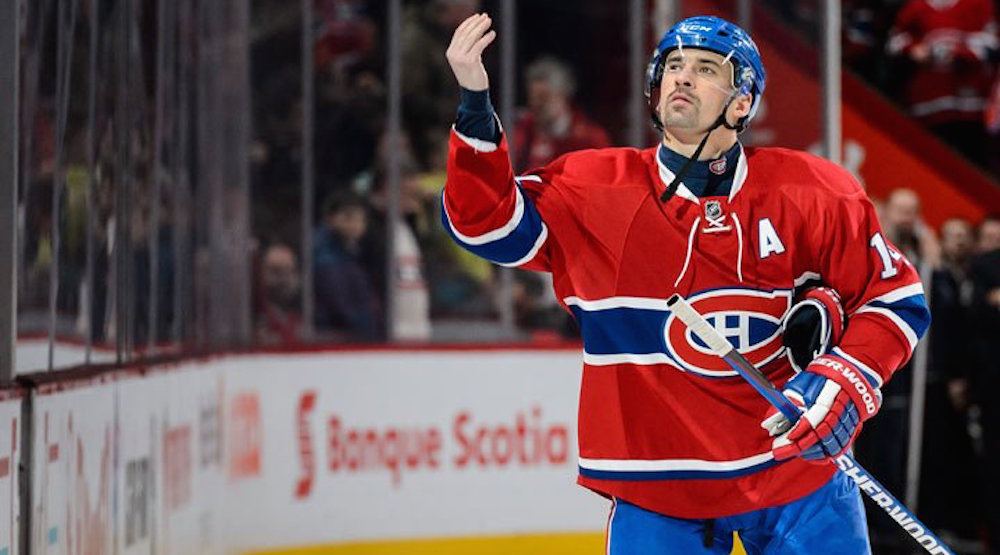 After a short stint with the Toronto Maple Leafs, Tomas Plekanec is coming home.

The 35-year-old is returning to Montreal, signing a one-year, $2.25 million free agent contract with the Canadiens.

The Canadiens agree to terms on a one-year contract ($2.25M) with free agent forward Tomas Plekanec. He could get up to an additional $1.25M in performance bonuses. #GoHabsGo

Plekanec has appeared in 998 NHL regular season games in his career, 981 of them with the Canadiens. Though his best days are behind him, the Czech centre proved he could still contribute during the postseason, scoring four points (2-2-4) in seven playoff games with the Leafs.

Peca, 25, is the most intriguing addition. No relation to the former NHLer with the same last name, Peca scored five points in 10 games with the Tampa Bay Lightning last season. He was one of the youngest free agents available, and could be a diamond in the rough. He’ll be given more of a chance to succeed in Montreal.

Ouellet, 24, also has youth on his side. The native of Bayonne, France appeared in 45 games with the Detroit Red Wings last season, scoring seven points (0-7-7).

Chaput, a native of Ile-Bizard, comes to the Habs from the Vancouver Canucks, while Agostino was in the Bruins’ organization. They’re both expected to provide depth, playing primarily in the AHL.

Canadiens today announced the buyout of Steve Mason’s contract (2,733,333$M over next two seasons). Mason was placed on unconditional waivers on June 30. He was acquired via a trade from the Winnipeg Jets on June 30.

As if the day couldn’t get any busier, the Habs also officially bought out the contract of goaltender Steve Mason, who was acquired as part of a salary dump from the Winnipeg Jets. Montreal received Joel Armia and a pair of draft picks as part of the deal.