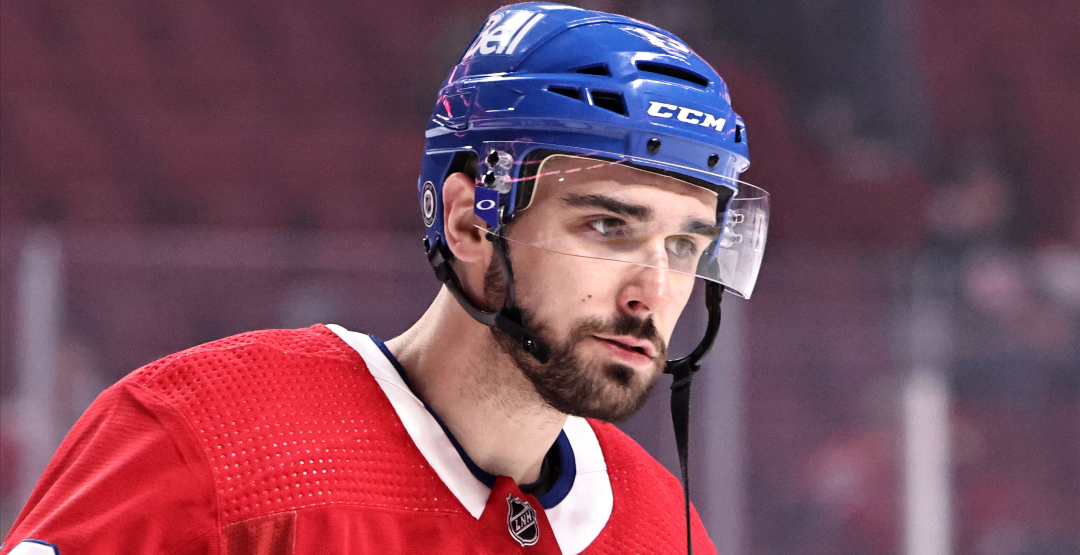 Paquette has been officially been issued a two-game suspension following his hit on Anaheim Ducks forward Trevor Zegras, per the NHL Department of Player Safety (DoPS).

The hit along the boards took place during the first period of the October 31 game in Anaheim. Halfway through the period, with the game tied 1-1, Paquette slammed into Zegras’ back.

Zegras missed the remainder of the first period but returned to play in the second.

In eight games this season with the Canadiens, his first with the team, Paquette has yet to register a point. He’s picked up 21 penalty minutes, 17 of which came on Sunday.

Paquette was given a major penalty and game misconduct shortly following the play.

On Monday, DoPS announced Paquette’s suspension following a hearing. They deemed that the 28-year-old had enough time to “deliver the hit in a legal fashion” or even “avoid the hit entirely”.

This is Paquette’s second suspension in his 432 NHL game career. He received his first after a similar boarding incident in 2017.