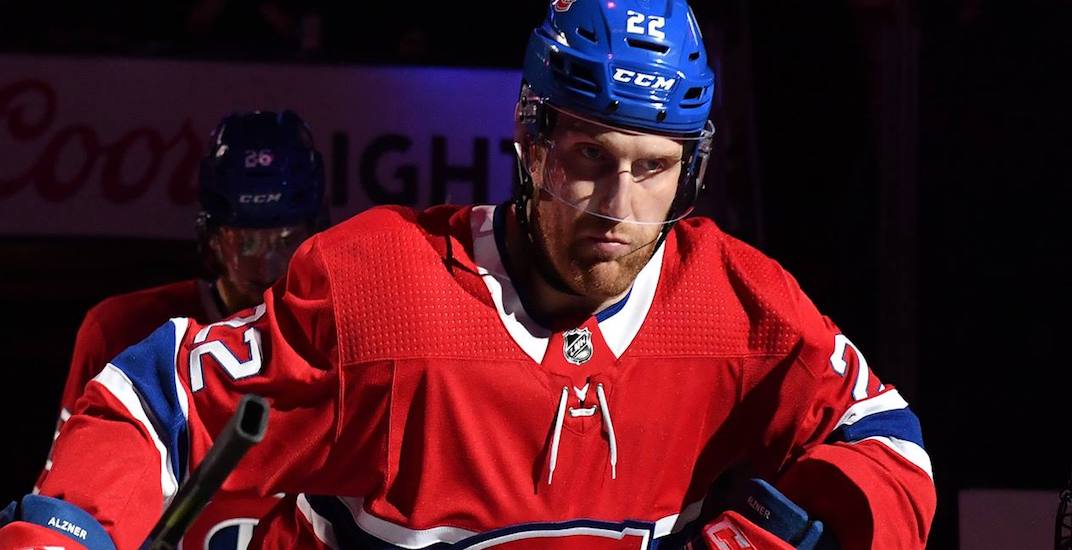 Karl Alzner is going to be one expensive minor league player.

The Montreal Canadiens announced Monday morning that the 30-year-old defenceman has been placed on waivers. Any team in the league can now pick him up for nothing, provided they’re willing to pay the remainder of his salary. That’s unlikely, given Alzner is in just the second season of a five-year, $23.125 million contract – carrying a $4.625 million cap hit per season.

With Shea Weber returning to the lineup, Montreal needed to make room on their roster. Alzner was a natural choice, given he’s been passed on the depth chart by numerous players.

Brought in as a high-priced free agent in the summer of 2017, Alzner has been a bust in Montreal. He was never supposed to be an offensive force, but he hasn’t proven to be especially dependable defensively either.

Alzner has appeared in just eight of the Canadiens’ 24 games this season, averaging just 17:36 of ice time when he’s in the lineup, and they haven’t seemed to miss him. Montreal has been one of the surprise teams of the NHL this season, sitting in a playoff spot with a 11-8-5 record.