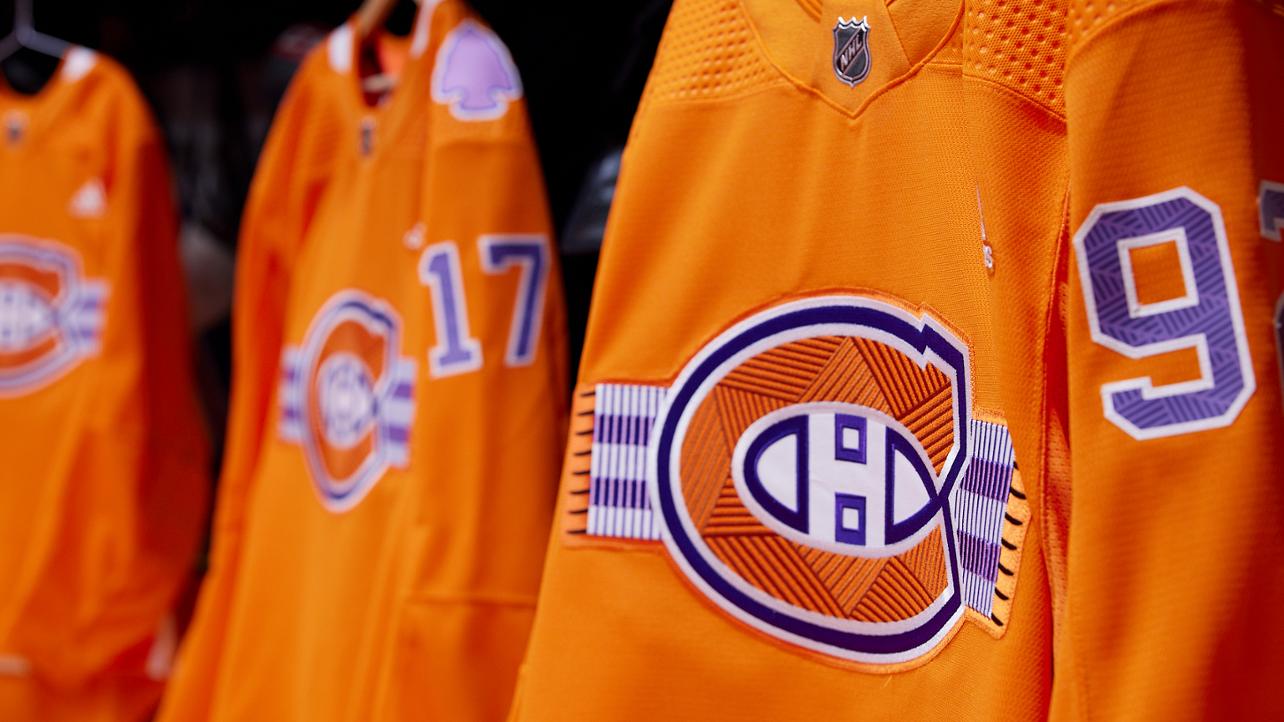 Before the Montreal Canadiens face off against the Toronto Maple Leafs at the Bell Centre on Saturday night, Habs players will wear orange warmup jerseys as part of their inaugural Indigenous Celebration Night.

As an homage to “Orange Shirt Day,” the specialized jerseys were created by Thomas Deer, a Mohawk artist from Kahnawà:ke. According to a team press release, “the front of these orange jerseys will feature a Two Row Wampum, a symbol of coexistence and mutual respect between Indigenous and European peoples.”

The collectible orange jerseys are already up for auction at indigenous.bidandraise.com, and bidders have until Tuesday, March 29 at 9 pm to participate.

Funds raised through the auction powered by Tim Hortons will be donated to the New Pathways Foundation and Puamun Meshkenu. Both organizations specialize in working with Quebec’s Indigenous youth.

“At the beginning of the season, we made a commitment to take part in the reconciliation process by putting forward initiatives aimed at recognizing, honouring and supporting Indigenous peoples,” said Geoff Molson, owner, president and CEO of the Montreal Canadiens.

As part of the evening, along with French and English verses, the bilingual Canadian national anthem will also be performed in Cree by Pakesso Mukash, a singer-songwriter and member of the Cree Nation of Eeyou Istchee.

Throughout the game, fans will hear songs by Indigenous artists, while DJ and producer Boogey The Beat, who blends traditional Indigenous rhythms with modern electronic beats, shows off his musical stylings.

Chiefs representing several Nations, as well as elders and members of various Indigenous communities in Quebec, will also be present for Saturday’s pre-game ceremonies.

“It is initiatives like this that inspire members of Indigenous communities to forge their own path and reach their full potential,” said Dr. Stanley Vollant, president of Puamun Meshkenu