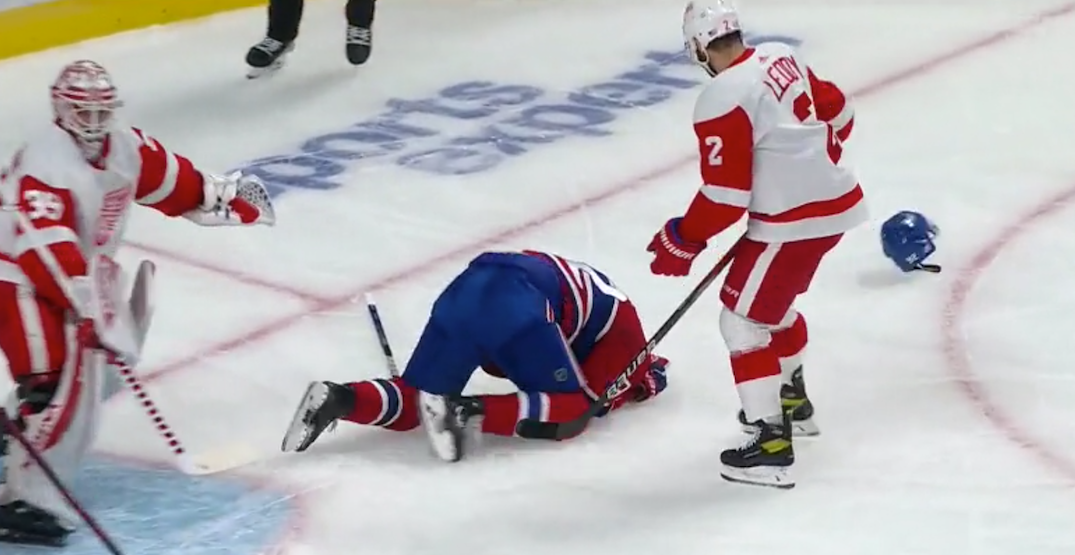 Montreal Canadiens forward Jonathan Drouin was sent to the hospital during last night’s game, but it appeared to have been a short stay.

Drouin was hit in the head with a puck during Tuesday night’s home game with the Red Wings, prompting a visit to a Montreal hospital. An errant shot from teammate Brett Kulak caught Drouin the wrong way, causing him to fall to the ice midway through the first period.

But by the time post-game interviews came around, Drouin was already back with the team.

The Canadiens won the game by a 3-0 score.

Head coach Dominique Ducharme told reporters that early examinations of Drouin were encouraging, adding that he will be re-evaluated on Wednesday. Meanwhile, teammate Josh Anderson said Drouin appeared to be “OK” after returning to the Bell Centre.

Drouin’s seven points by way of two goals and five assists are second to only Nick Suzuki in team scoring. His strong start is encouraging after Drouin missed the final month of the regular season and the playoff run while on personal leave.

But while Drouin has been a positive, it’s been a tough opening to the season for the 3-8-0 Canadiens.

Things might finally be turning around, though. Goaltender Carey Price could be returning as soon as this weekend, after spending 30 days in the NHL’s player assistance program.