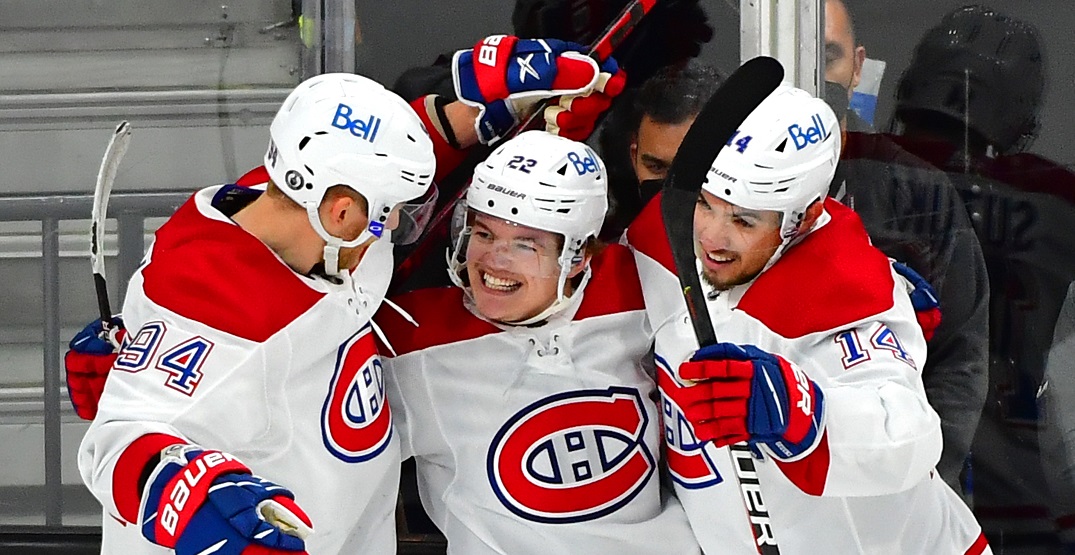 “He’s unbelievable. He’s a guy that I really look up to,” Caufield said.

The Canadiens are in Tampa to take on the Lightning in tonight’s Game 5 of the Stanley Cup Final.

“The other day, Nick [Suzuki] and I were talking about how he was our favourite player to watch growing up,” Caufield added. “It’s just kind of crazy that you get to be on the same team as him, do the same things, eat together, and just spend time with each other. He’s been great to us. He’s a good mentor. He’s been an unbelievable player for us this postseason.”

Perry has put up four goals and six assists for the Canadiens through 21 postseason games this year. After 14 seasons in Anaheim, where he won the Stanley Cup in 2007, Perry signed with Dallas last season before being picked up by the Canadiens this year.

Caufield is on the other end of his professional career. Having moved up to the NHL level after playing with the NCAA’s Wisconsin Badgers earlier this season, Caufield said he’s having a blast in his first pro playoff run.

“This is the best hockey I’ve ever had. It’s so much fun,” Caufield said. “Everybody’s been telling me to enjoy it. Obviously, you can get pretty stressed out in times like these, but you’re playing hockey. It’s the best game in the world. You can’t take it for granted. You’ve got to enjoy every moment you can.”

“He’s a leader. He’s been one of the best players in the NHL for the last 15 years,” Chiarot said. “He’s been one of the premier goal scorers in the League for a long time and a Team Canada player. Anytime you’re around someone like that, you try and soak in as much as you can, what they do, and how they go about their business.”

For Canadiens head coach Dominique Ducharme, Caufield was the one he was praising on Wednesday. Caufield has four goals and eight assists in his 19 games during the playoffs.

“He loves the big moments,” Ducharme said of the rookie forward. “He proved that even before the playoffs. He also scored two overtime goals in the regular season. When the game’s on the line, he just takes his game to another level.”