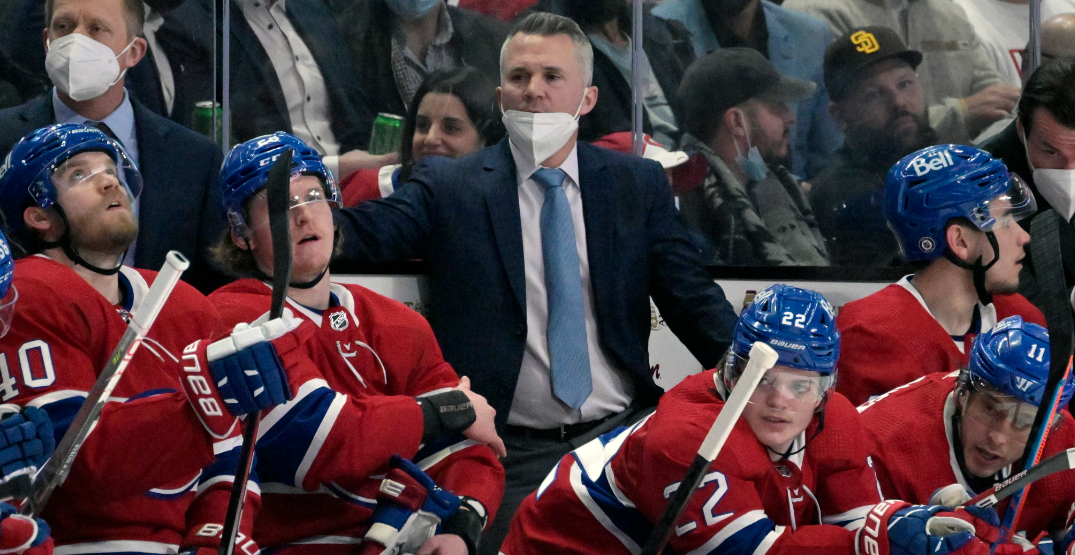 The Montreal Canadiens are officially the NHL’s last-place team.

By way of an Arizona Coyotes win against the Dallas Stars on Wednesday night, the Canadiens secured a last-place finish in the 2021-22 season with a 21-49-11 record for 53 points. With just 15 regulation wins, they can’t pass the Coyotes, who have 55 points and one game remaining.

They are just the fourth team in NHL history to finish in last place the season after going to the final. Montreal hasn’t finished last since the 1939-40 season.

Good morning, the Canadiens have finished last in the NHL for the first time in 82 years pic.twitter.com/qGSjFwWIqy

The Arizona win guarantees Montreal the best odds at the 2022 NHL Draft Lottery. The Canadiens have an 18.5% chance of winning the lottery and the right to select first in the 2022 NHL Draft. A second-place finish would’ve seen those odds drop to 12.5%.

The club hasn’t selected No. 1 since picking Doug Wickenheiser with the first overall pick in the 1980 NHL Entry Draft.

The 2022 NHL Draft Lottery will be taking place on Tuesday, May 10. Broadcast plans for the 2022 NHL draft Lottery include Sportsnet and TVA Sports in Canada and ESPN in the USA.

Shane Wright of the Kingston Frontenacs is the consensus No. 1 pick for the 2022 draft. The 18-year-old led all first-year NHL Draft eligibles in scoring, with 94 points (32 goals, 62 assists) in 63 games this season. He had one assist in two games at the 2022 IIHF World Junior Championship before the tournament halted due to concerns over COVID-19.

In December, Wright said Montreal would be “an unbelievable place to play.” He is ranked No. 1 among North American skaters by NHL Central Scouting and No. 1 overall by every independent scouting outlet.

He was named both OHL and CHL Rookie of the Year as an exceptional status talent in 2019-20 and captained Canada’s World Under-18 Championship team to gold last May.

The 2022 NHL Draft takes place on July 7-8 at Bell Centre in Montreal.