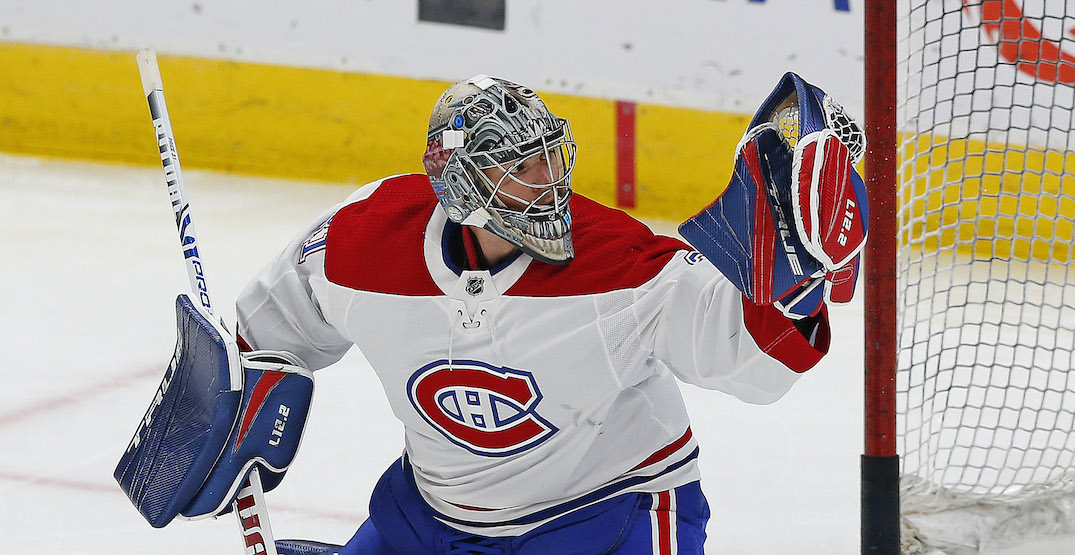 The Montreal Canadiens will be without their star goalie, hopefully for just another week.

According to Habs head coach Dominique Ducharme, Price will be unavailable for a week due to concussion protocols.

Dominique Ducharme says that Carey Price will be unavailable for a week due to concussion protocols.

Thinking #Habs Carey Price may have suffered a minor concussion on this purposeful bullshit hit by Chiasson. pic.twitter.com/xXoeff8Hhk

Price had recently returned to the Habs net after missing six games with a lower-body injury. The 33-year-old has a 12-7-5 record with a 2.64 goals-against average and a .901 save percentage this season.

Montreal currently sits in fourth place in the North Division, with a six-point lead over the fifth-place Calgary Flames, who have played two more games. They’re also 10 points up on the Canucks, but Vancouver has five games in hand.