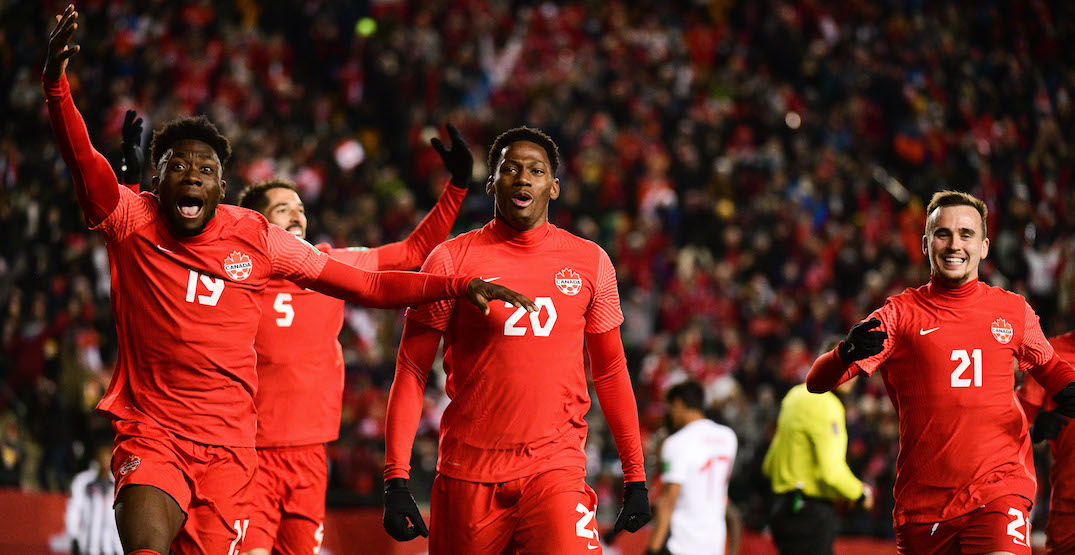 Canada is on the rise in the world of men’s soccer.

After beating Mexico for the first time in 21 years, the Canadian men’s national soccer team will be moving up multiple spots on the FIFA world ranking once again.

Canada is set to move up eight spots, from 48th to 40th in the world, according to football-ranking.com. That will tie the highest ranking Canada has ever achieved in men’s soccer since the FIFA world rankings were introduced in 1992. 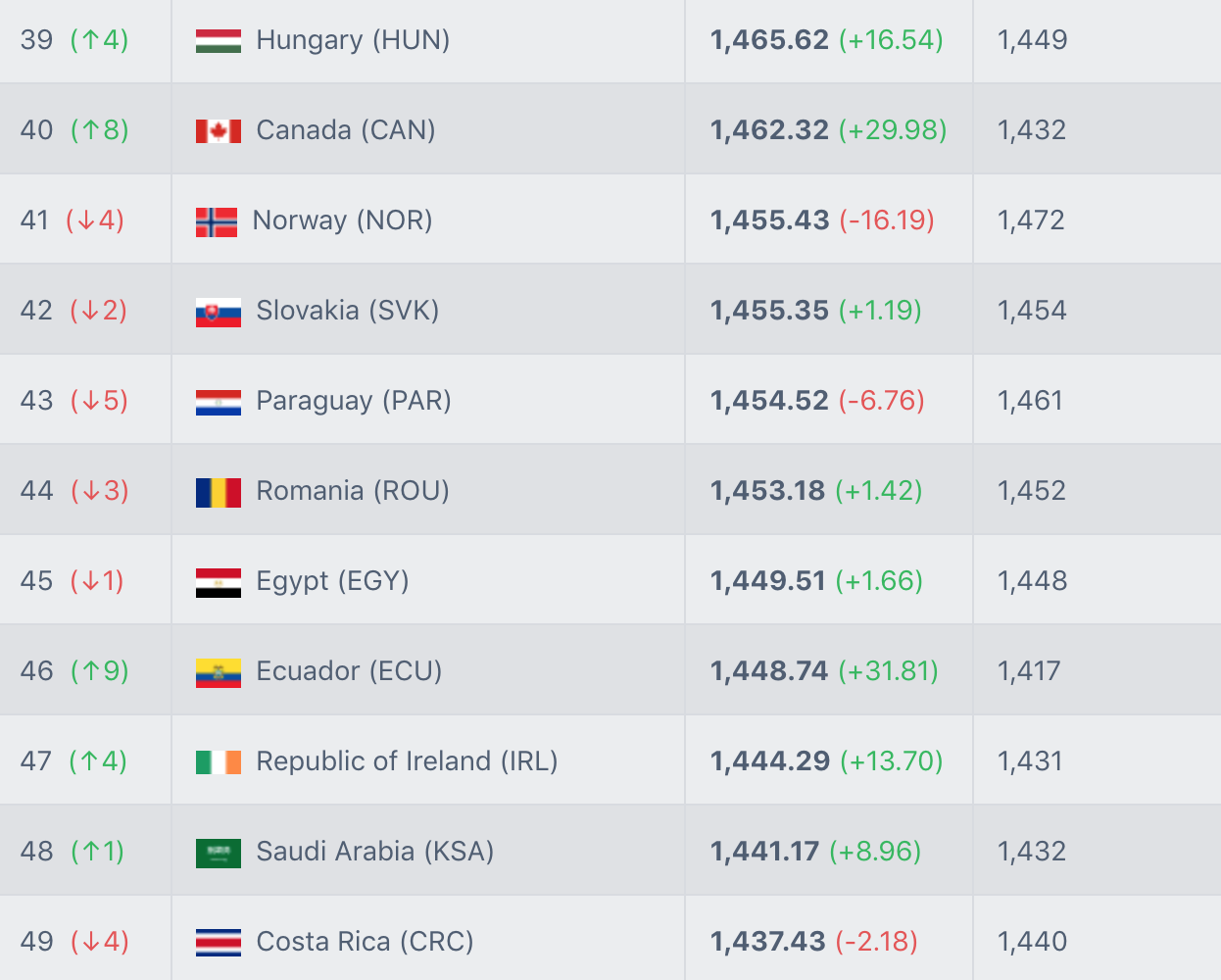 Canada is set to rise eight spots to No. 40 in the world (football-ranking.com)

The last time Canada was ranked 40th in the world was 1996, with our country often struggling to break into the top 100 for much of the last decade. Canada began 2021 ranked 73rd in the world, and as recently as four years ago the national team was ranked 120th.

That seems like ancient history now, as the upstart Canadians have a young and talented team led by world-class stars like Alphonso Davies and Jonathan David. Canada is currently in first place as the only undefeated team in CONCACAF during the final round of FIFA World Cup qualifying.

Among the countries that Canada will leapfrog in the world rankings are Norway, Slovakia, Paraguay, Romania, Egypt, Costa Rica, Qatar, and Greece.

Within CONCACAF, Canada will be ranked third, behind only USA and Mexico. USA will move up one spot to 12th in the world, while Mexico will drop five spots to 14th.

Belgium will keep its spot as the No. 1 team in the world, followed by Brazil, France, England, and Argentina.