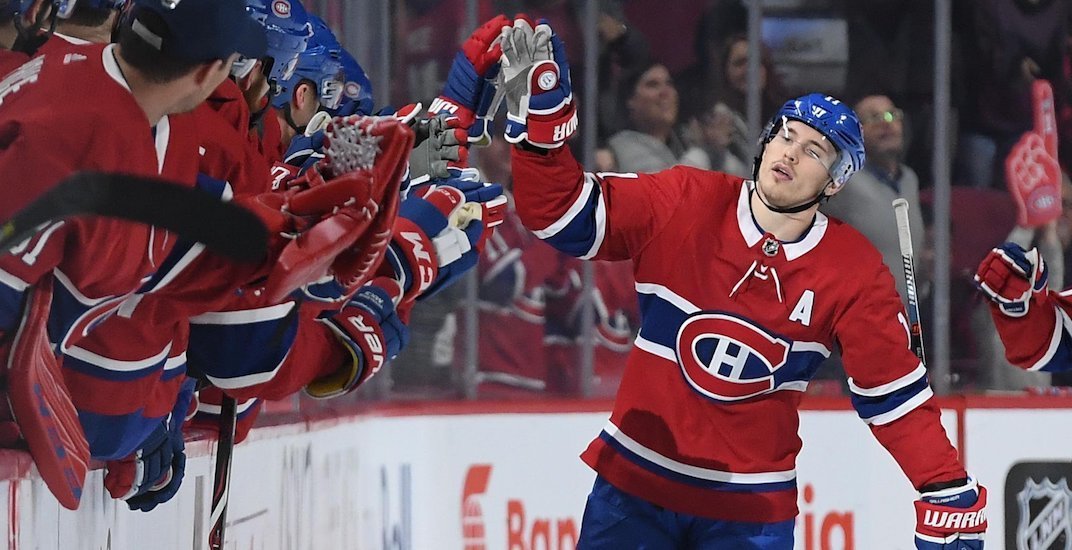 Brendan Gallagher may not get a ton of league-wide attention, but the Montreal Canadiens winger has long been appreciated by Habs fans.

It’s easy to see why.

The diminutive Gallagher led the Canadiens in goals in each of the last two seasons and leads the team so far this year with eight goals through 18 games.

A ninth-round draft pick by the WHL’s Vancouver Giants in 2007, Gallagher became a key member of their team. Yet despite scoring 41 goals and 81 points in his draft year, teams were concerned about how his size would play in the NHL. He slid late into the fifth round of the 2010 NHL Entry Draft, where Montreal selected him with the 147th-overall pick.

Though the offensive production was solid, it was Gallagher’s relentless style of play that quickly won over the fans in Montreal. Regardless of what the score was or where the Habs were in the standings, no one has ever accused Gallagher of taking a single shift off during his eight seasons with the Canadiens.

As a late-round pick who arrived in Montreal with little fanfare, Gallagher had the benefit of not having huge expectations to live up to. Habs fans were perfectly happy with what he had provided the team with over his first few seasons.

But he has taken his game to another level.

Over the last few years, Gallagher has also become one of Montreal’s most heavily-relied upon players for offence. After reaching the 20-goal mark just once in his first five seasons, Gallagher topped 30 in each of the last two, scoring 31 in 2017-18 and 33 last year.

Gallagher averaged 0.27 goals per game during his those first five years. That rate rose to 0.38 two seasons ago, then to 0.4 last year and 0.44 so far this year.

A key to Gallagher’s increase in goal-scoring has been an uptick in the number of shots he’s generated. Looking back to his first five seasons, Gallagher averaged just 2.9 shots on goal per game. Those rates over the last three years have increased to 3.39, 3.68, and 3.61, respectively.

He also has a healthy lead in shots on a goal so far this season. His 65 thus far have him 16 up on Tomas Tatar and Shea Weber with 49 each.

What’s so impressive about Gallagher’s eight goals and 14 points so far this season is that all of that production has come at even strength. Also impressive given Gallagher’s hard-nosed style of play is that he has not taken a single penalty.

Fans wondered whether Gallagher’s 31-goal breakout two years ago was a blip or a sign of things to come. He’s made it clear since then that it was the latter.

The only downside to Gallagher’s breakout is that it’s going to cost a lot more money to keep him in Montreal for the long haul.

Gallagher is in the fifth season of a six-year contract that carries a $3.75 million cap hit, which has been a huge bargain for the Habs given everything he brings to the team. Marc Bergevin will likely discuss an extension with Gallagher and his representatives in the offseason.