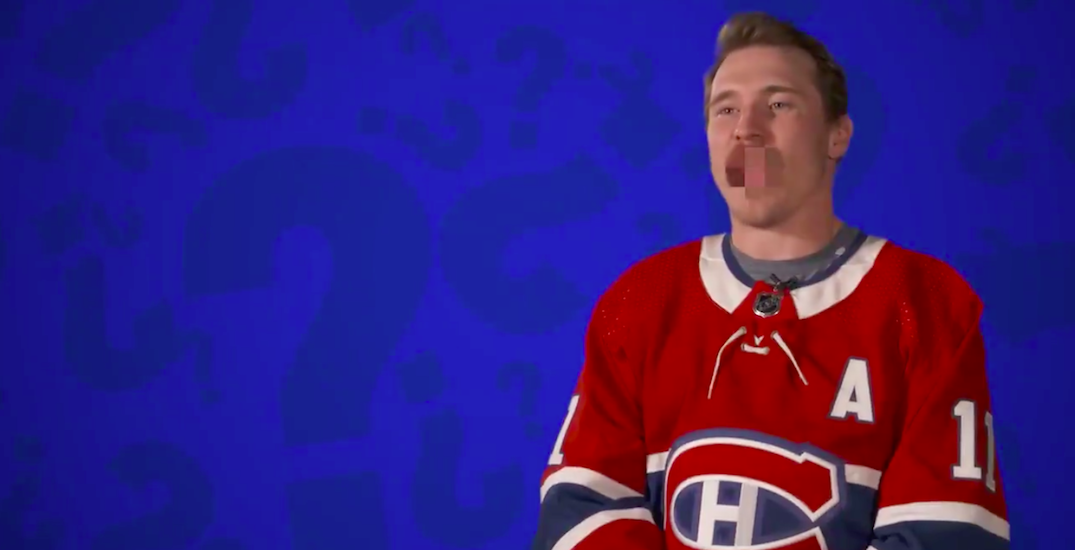 Some hockey fans swear the Montreal Canadiens are the best team in the NHL. And, some Canadiens players just swear in general.

Fans sometimes get lucky to hear a glimpse of hockey players cursing on live TV feeds but the Canadiens social media team has just made it easier — sort of.

In the end, the curse words are actually beeped out because some players (ahem, Domi) seem to form a string of naughty words together.

Except for Price who claims, “I never curse.”

For the lip-reading fans, Domi shared a real-time version of his favourite in-game curse words a few weeks ago against the Toronto Maple Leafs.