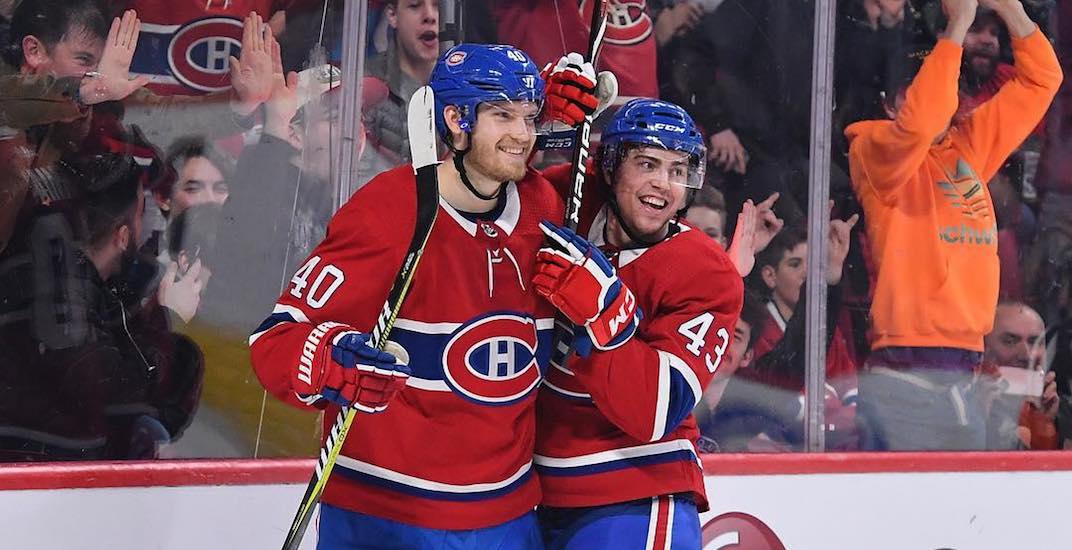 It’s been a solid start to the 2019-20 season for the Montreal Canadiens, who handed the Boston Bruins just their second regulation loss in 15 games this year on Tuesday. In doing so, they improved their own record to 8-5-2.

With 10 points through 13 games, 26-year-old winger Joel Armia has been among the bright spots so far. His six goals are just one back of Brendan Gallagher and Jonathan Drouin for the team lead despite the fact that he’s missed a pair of games with a lower-body injury.

Armia has been a special teams weapon for the Canadiens, too, with three power-play goals and a shorthanded tally already. He’s had an increased role on the power play this season, with his average ice time on the unit up from 1:44 last year to 2:46 this year, and he’s helped the Habs improve from last year’s horrific 13.2% success rate to a much more respectable 20% clip so far this season.

He also scored one of Montreal’s more impressive goals of the season when he chipped a loose puck by Toronto Maple Leafs defenceman Jake Muzzin and made a nice move to beat goaltender Michael Hutchinson for a go-ahead power-play goal just seven seconds into the third period of a game back in October:

having a high degree of heat or a high temperature.

Armia’s impressive play for the Habs makes it worth revisiting the trade that brought him to Montreal in the first place.

On June 30, 2018, the Winnipeg Jets traded Armia to the Canadiens along with goaltender Steve Mason, a fourth-round pick in 2019, and a seventh-round selection in 2020 in exchange for defenceman Simon Bourque.

With all due respect to Bourque, he wasn’t much of an asset. He was coming off a season where he recorded just three points in 46 AHL games, and is currently playing for Thetford Assurancia of the LNAH.

For the Jets, the purpose of this trade was getting the Habs to buy Mason’s contract out for them and take on the ensuing $1,366,667 cap hit for the 2018-19 and 2019-20 seasons. They felt it was worth giving up Armia and a pair of draft picks to get the Canadiens to agree to do that for them.

At the time, Armia was coming off a season where he produced career highs with 12 goals and 29 points in 79 games. The Jets viewed him as a depth player who was worth parting with for some cap space.

However, the former first-round pick out of Finland has continued to gradually improve. Though a knee injury sidelined him for nearly two months and limited him to just 57 games last season, Armia still managed to score a career-high 13 goals. He’s already nearly halfway to that total this year.

Armia’s points per game rate has also improved in every season of his career:

It’s looking like Armia may have had another level to his game that the Jets didn’t think he did when they traded him. He may not be a superstar, but he’s developed into a useful middle-six forward and a contributor on special teams.

Considering that all they had to do was get him was take on the fairly small cap hit that accompanied buying out Mason’s contract, it’s already safe to declare that move a big win for the Habs.