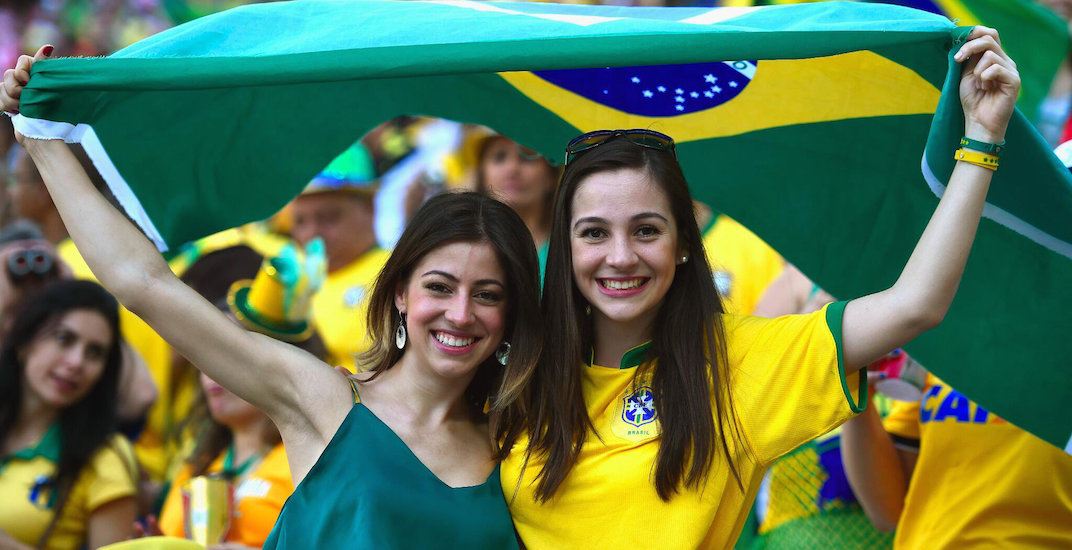 The attention of the world is about to turn to Russia, where the 2018 FIFA World Cup kicks off on Thursday.

That includes Canada, despite the fact that our country has not qualified for the global tournament since 1986, we did just win the joint bid to host the 2026 World Cup.

A country of immigrants, it won’t be hard for most people to wrap their arms around the flag of another country for the next month. For many, it’s an opportunity to identify with their heritage – the place of birth of themselves, their parents, or grandparents. For others, it’s a chance to pretend they’re Brazilian.

Whether you’re a diehard soccer fan looking to upgrade your look or a casual fan wishing to look the part, here are eight stores in the Greater Montreal area to get you outfitted with the latest World Cup merchandise.

A post shared by Passion Soccer Boutique (@passionsoccerboutique) on Jan 23, 2018 at 6:57pm PST

With locations in Laval, Vaudreuil, and Saint-Leonard, this family-owned business prides themselves as soccer fans and understands what their customers need.  The boutiques’ selection of footwear is impressive, but they’ve also completely restocked their shelves with FIFA World Cup merchandise.

With three locations around Montreal, their Laval outlet is their flagship.

Logo Sports is a small basement shop but it’s loaded with sports memorabilia and they specialize in soccer. The shop is known for a massive collection of hats. They are currently overflowing with World Cup merchandise to check out.

Evangelista Sports has locations in Pointe Clair, Montreal North, Laval, and the South Shore, their centralized location in Montreal is the go-to.

Ekkip specializes in bicycle equipment and repair but they know the market and are currently stocked with World Cup jerseys that they sell at a fair price.

Soccer Experts is known for their personalized jerseys but the large South Shore store is now boasting an impressive selection of World Cup gear.

The chain retailer sells a plethora of sports goods and footwear, but they’ve been stocked full of World Cup apparel since the beginning of the month. They may not offer the best prices compared to some of the smaller business, but their selection is quite impressive.

Lids is the go-to spot in Montreal for hats. Their World Cup apparel is limited but if you want to rock a solid FIFA cap or design your own, Lids is your spot.

Lids stores are numerous and popular in Montreal but their Eaton Centre outlet is their flagship.

What Calcio lacks in sports equipment, they make up for in sportswear. The St. Laurent shop is currently offering a wide range of World Cup jackets, jerseys, sweaters, shirts, and socks.

Nothing makes you more of a fan than showing your country’s pride on your feet.